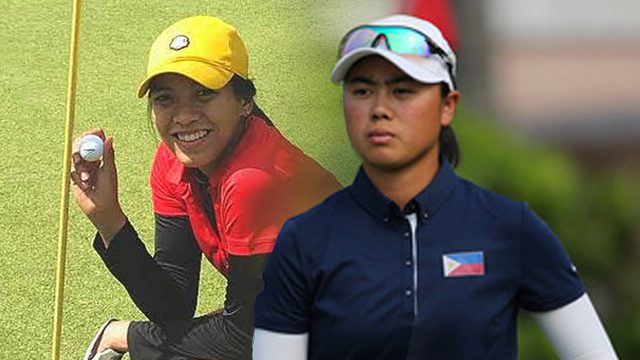 MANILA, Philippines – Golf may seem like just a hobby for volleyball star Alyssa Valdez and her basketball player beau Kiefer Ravena, but she certainly wants to excel in her newfound sport. (WATCH: Alyssa Valdez on sharing Kiefer’s golf passion)

And for Valdez, there’s no better way to learn than get tips from one of the sport’s best – her fellow 2018 Asian Games athlete Yuka Saso, who bagged two gold medals for the Philippines in the continental tournament.

(Honestly, I really want someone to teach me because I haven’t had formal golf training, so I want to be trained by none other than the champions in golf.)

Valdez also represented the Philippines in the Jakarta Asiad last August, but she never got a chance to talk to the women’s golf team after they won the gold in the team event.

But the former Ateneo Lady Eagle recalled that she already felt giddy when she met them during the medical examination before leaving for the Games.

“Nakasama ko sila when we were having that medical sa may Taft so ako: ‘Oh, I try to play golf also’. Nag-small talk ako,” said Valdez.

(I was with them when we were having our medical examinations in Taft so I was like: ‘Oh, I try to play golf also.’ I was trying to have small talk with them.)

When Valdez heard that women’s golf team member Bianca Pagdanganan –  who pocketed an individual bronze and a team gold – jokingly asked Chris Tiu in a video if he’d want a photo with her, the volleyball star herself said she also wanted a snapshot with the champions.

“Of course [I want a picture with them], I think in all fairness to all the athletes who represented our country during the Asian Games, hands down to them I really wanna have a photo with everyone,” said Valdez.

“I want to meet them personally because it’s only once in a while that we are able to join the Asian Games, so it’s also fun to have a gathering with all the athletes who carry the pride of the Philippines.”

In the Games, the Philippine women’s volleyball team clinched a breakthrough quarterfinals berth, but fell to host team Indonesia, and settled for 8th place.

Saso, on the other hand, came close to winning another major tournament after her title romp in the Asiad, falling short only after a triple-tie battle for silver in the recent 2018 Youth Olympic Games. – Rappler.com