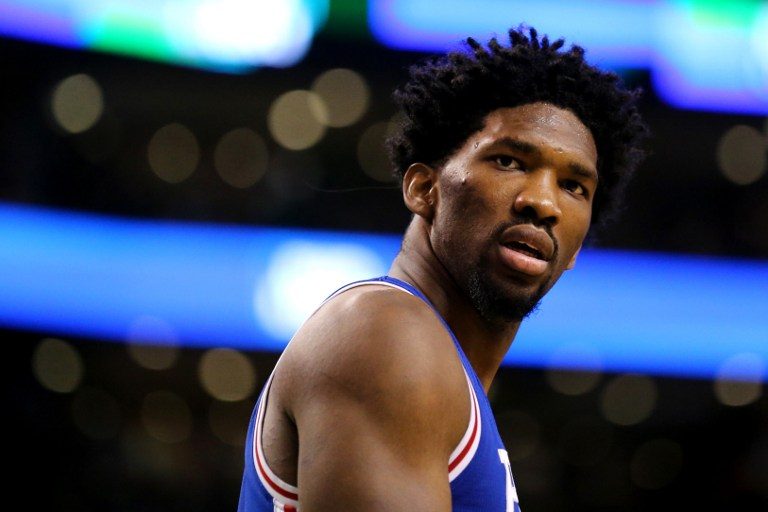 Embiid continued to troll Drummond through social media after dropping a monster double-double of 39 points, 17 rebounds, and 2 blocks in Philadelphia’s 109-99 win over Detroit in the NBA on Saturday, November 3.

Joel Embiid continues his monster performances as the @sixers pick up the win!

After the game, the 24-year-old Cameroonian took to Twitter to take a playful jab on the two-time All-Star, who was limited to 8 points and 9 rebounds.

I own a lot of real estate in @andredrummondd head and I’m on my way to build more  #Bum #TheProcess pic.twitter.com/Mrf2NcNL4r

But Embiid didn’t stop there.

He posted a video of Drummond dancing on his Instagram Story to further amp up their off-court beef.

Joel Embiid is going to cause this man to have a mental breakdownpic.twitter.com/O6PM9Ecpsw

Embiid had earlier claimed that “I own a lot of real estate in his head” after getting Drummond ejected in a 132-133 overtime loss two weeks ago.

Lol does he? If that’s so he wouldn’t be so excited to have me off the floor? Think about it that’s a silly statement ! I’ll take the W though enjoy flight home #Emmyaward winning actor

Embiid and Drummond are slated to meet again as the 76ers and the Pistons figure in back-to-back games in December. – Rappler.com