Nov 7, 2018 11:01 AM PHT
Beatrice Go
Facebook Twitter Copy URL
Copied
'I feel that maybe If I can talk to him, maybe I can lessen the disappointment but I really don't know how he values my counsel,' Guiao on Andray Blatche 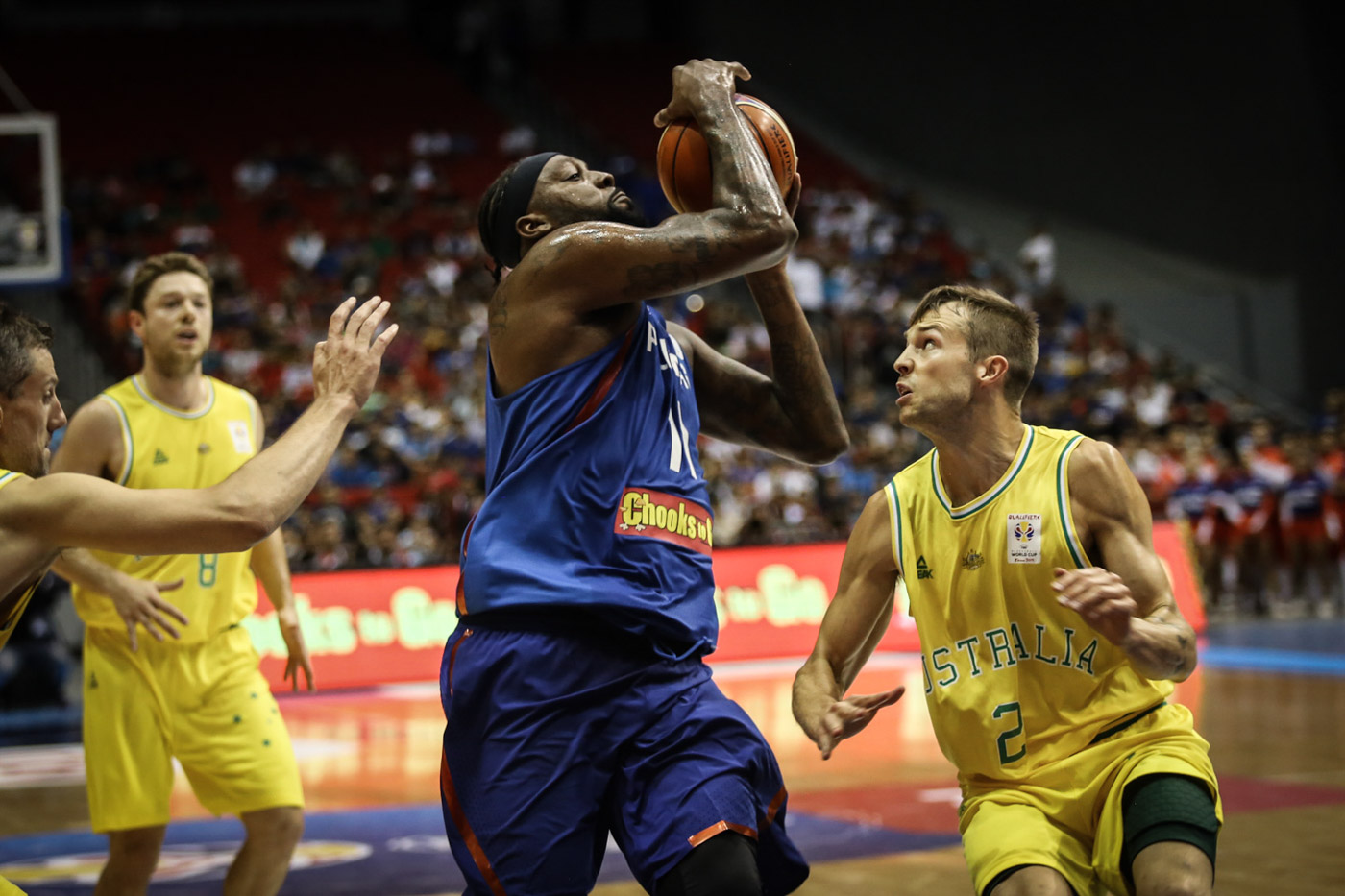 Minutes after Guiao announced his 20-man training pool, Blatche posted a text photo on his Instagram as a reaction to his exclusion, which he later deleted.

“WELP GOOD LUCK FELLAS,” read the text photo that had the caption “lost and confused.” 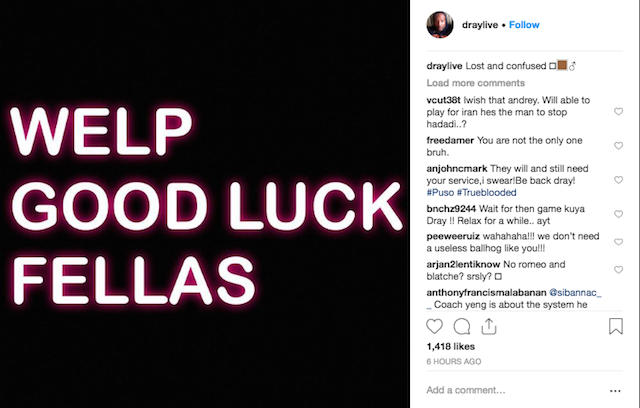 But the newly-appointed head coach admitted that he sympathized with Blatche, who openly expressed his willingness to represent the country again.

(He probably expected to be in the pool. But after thorough consultation, we really studied it, we really assessed and we evaluated. And it went through different levels – through the coaching staff, assistant coaches, head coach, SBP, PBA. It means the decision had everyone’s approval.)

The 6-foot-11 center did say that he was “war ready” when he posted an Instagram photo collage of him playing for Gilas Pilipinas as he would’ve finished serving his three-game FIBA suspension by the Iran game.

But the post has also been deleted since he found out about the news.

“We have to give that experiement a chance.”

The fiery mentor was also open to talking to Blatche to console him, but the two haven’t gotten a chance to know each other personally.

“I feel that maybe If I can talk to him, maybe I can lessen the disappointment but I really don’t know how he values my counsel because we never got to bond, we don’t have any connection,” said Guiao.

Blatche is one of the 10 Gilas players  suspended for their involvement in the infamous FIBA brawl against Australia last July 2 in the FIBA World Cup Qualifiers.

Prior to his suspension, the American-Filipino was averaging 11.7 points, 11.8 rebounds, 3.5 assists, 2.2 blocks and 1.7 steals after seeing action in the first windows of the World Cup Qualifiers. – Rappler.com