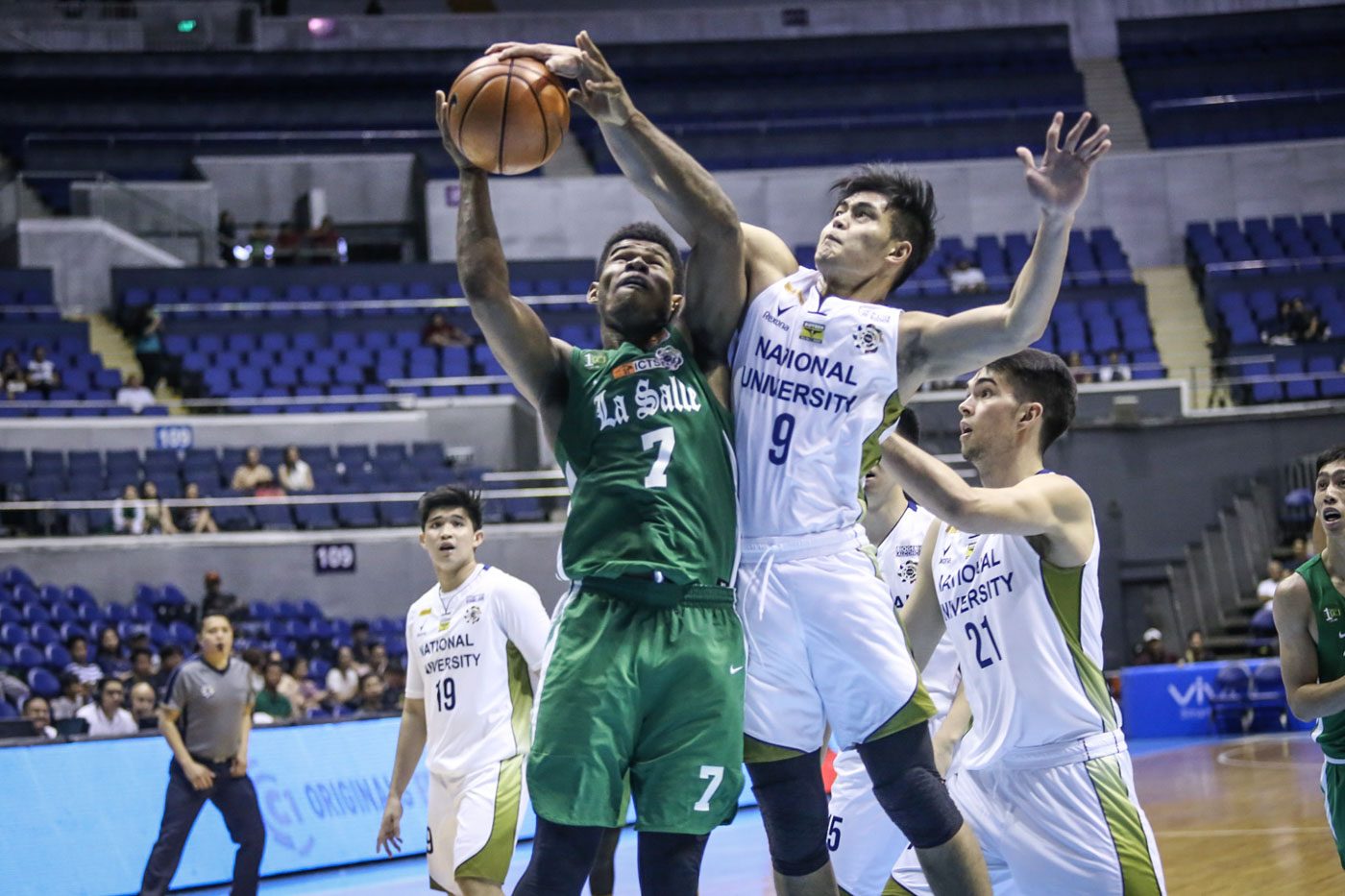 MANILA, Philippines – The La Salle Green Archers held off a late rally before hacking out an 84-77 triumph over the relentless NU Bulldogs in the UAAP Season 81 men’s basketball tournament at the Araneta Coliseum on Wednesday, November 7.

The Bulldgos had threatened within a point with less than 3 minutes remanining, 75-74, but the Archers banked on a few crucial stops and closed out with a 9-3 spurt, highlighted by a clutch trey from rookie Joaqui Manuel.

Santi Santillan dropped 18 points to lead the Archers, who remained in the hunt for the twice-to-beat advantage with a third-running 8-4 record.

The Archers’ win also booted out the Bulldogs from Final Four contention as the young squad fell to 3-9.

After multiple exchanges of scoring runs through 3 quarters, the Archers created a small 7-point cushion off a Santillan putback, 75-68, with just 4:15 to go in regulation.

However, the Bulldogs staged a late comeback capped by the hot-shooting Dave Ildefonso’s triple and and-one layup that cut the lead to a point, 74-75, at the 2:45 mark.

After a few crucial stops on defense, La Salle pulled away one more time in a spurt punctuated by a clutch trey from Manuel, 82-75, with 1:14 left.

Aljun Melecio had 13 markers and 6 boards and Andrei Caracut likewise scored 13 for the Archers, who also narrowly escaped the Bulldogs, 80-76, in the first round.

The blue-chip rookie duo of Dave Ildefonso and John Lloyd Clemente led the Bulldogs with 20 and 19 points, respectively.