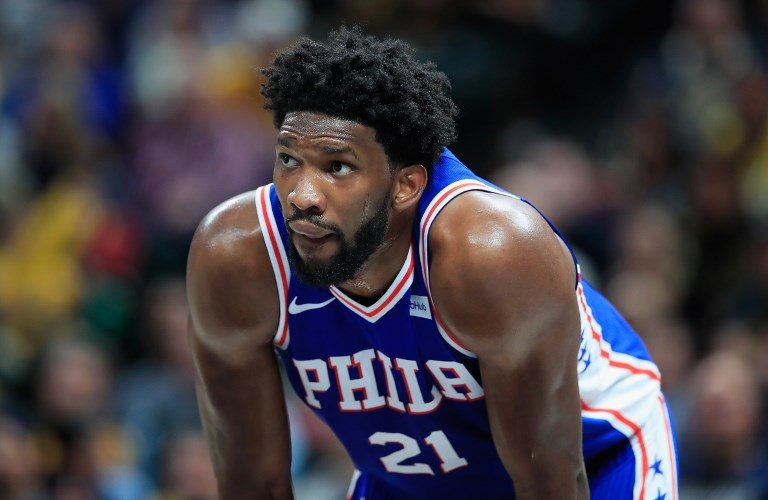 INDIANAPOLIS, USA – Joel Embiid scored 20 points and had 10 rebounds as the Philadelphia 76ers won their first road game of the season with a 100-94 victory over the Indiana Pacers.

Ben Simmons flirted with a triple double, finishing with 16 points, 10 rebounds and 8 assists for the 76ers who were 6-0 at home and 0-5 on the road coming into Wednesday’s contest, November 7 (Thursday, November 8, Manila time).

“We finally put it together,” said Australia’s Simmons.

Philadelphia had lost all their away games by an average of 15.2 points. They had also lost 8 consecutive contests in Indiana dating back to 2013.

“I’m excited that we got our first road win this year,” coach Brent Brown said. “We were pleased to get a win, especially after a performance we wanted to forget.”

The win came 3 nights after Philadelphia got clobbered in Brooklyn and lost by 25 points.

Embiid collected his league-high 11th double-double and Dario Saric scored a season-high 18 points by going 4-for-6 on three-pointers.

Like the 76ers, the Pacers were also coming off a loss, 98-94 to the Houston Rockets on Monday.

Victor Oladipo scored a season high 36 points, including 24 in the first half. He added 7 assists and 3 blocks.

Domnatas Sabonis had 16 points and 11 rebounds but the Pacers didn’t get much production from their bench and the 76ers exploited that.

“We just didn’t hit shots tonight, honestly,” Oladipo said. “I think we just need to loosen up a little bit and go back to playing free basketball.”