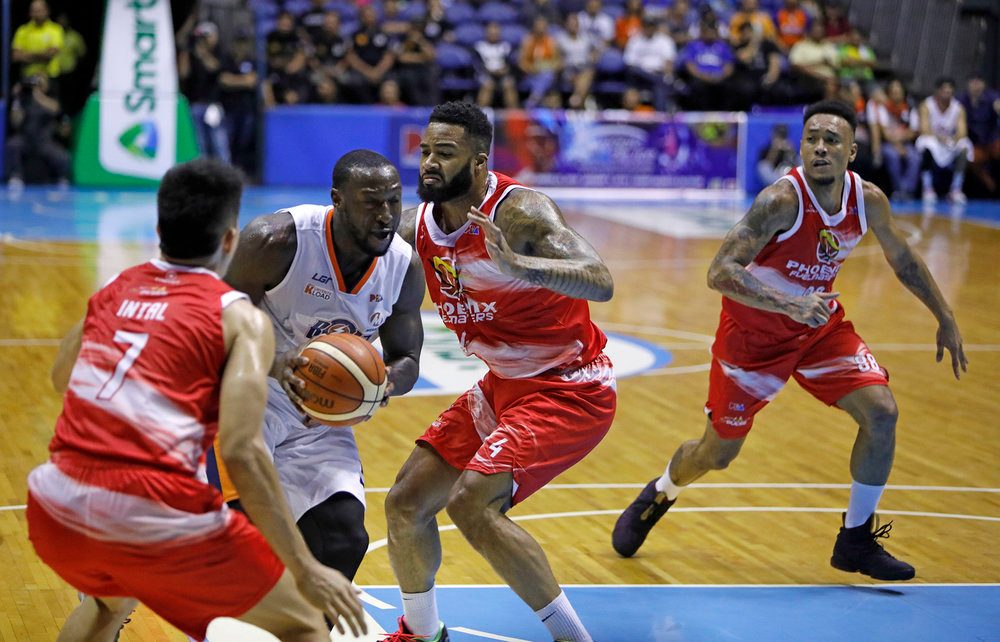 Facebook Twitter Copy URL
Copied
After fighting for survival the past weeks, the No. 7 Bolts are on their way to the semifinals versus the Alaska Aces

MANILA, Philippines – The Meralco Bolts should have been out of it long ago.

But after fighting for survival the past weeks – which saw the Bolts playing virtually 6 do-or-die games  – Norman Black’s squad is still alive and on their way to the 2018 PBA Governors’ Cup semifinals.

The seventh-seeded Bolts pulled off the improbable to complete a sweep of the twice-to-beat Phoenix Fuel Masters in a 108-103 overtime classic on Friday, November 9.

Coming back from 16 points down, and still at 7, 84-91, with just 3:01 left in regulation, Baser Amer and Allen Durham teamed up to take the game to overtime.

In the extra period, Amer punctuated his explosion with back-to-back threes leading to an 8-0 spark, 102-94.

The fiery Calvin Abueva attempted to salvage Phoenix’s season with a personal 5-0 run, but the Bolts got the breaks of the game to their favor as they escaped with the win.

Black only had praises for his squad after a disappointing stint at the FIBA Asia Champions Cup in Thailand last month and a forgettable start to the conference.

“What a hill we had to climb to get to this point,” Black said in the post-game presser. “Almost like every game for the last 3 weeks has been pressure-laden and there was really not much room for error as far as our execution on offense and defense and our desire to win.”

“I’m really happy for our players. Coming back from Thailand we were really down,” he continued. “We actually played well in Thailand. We were playing really good teams and we couldn’t just get over the hump even though we were competitive.

“I knew that we were missing some players but I don’t think the players used that as an excuse. We were just a little bit demoralized because the fact we lost 3 straight games and we went to Thailand then lost 4-of-5 and came back here and lost 3 straight again.”

Simply put, this conference has been tiring for the Bolts, both physically and mentally. But they still have another giant to slay in the Alaska Aces in two days later.

“[Fatigue] should’ve been a factor 2 to 3 games ago but that hasn’t stopped the players from coming out and playing,” Black said. “I’ll try to manage them as much in practice to make sure we have legs when we show up.”

Game 1 of their best-of-five series will start on Sunday, November 11 at the Ynares Center in Antipolo. – Rappler.com