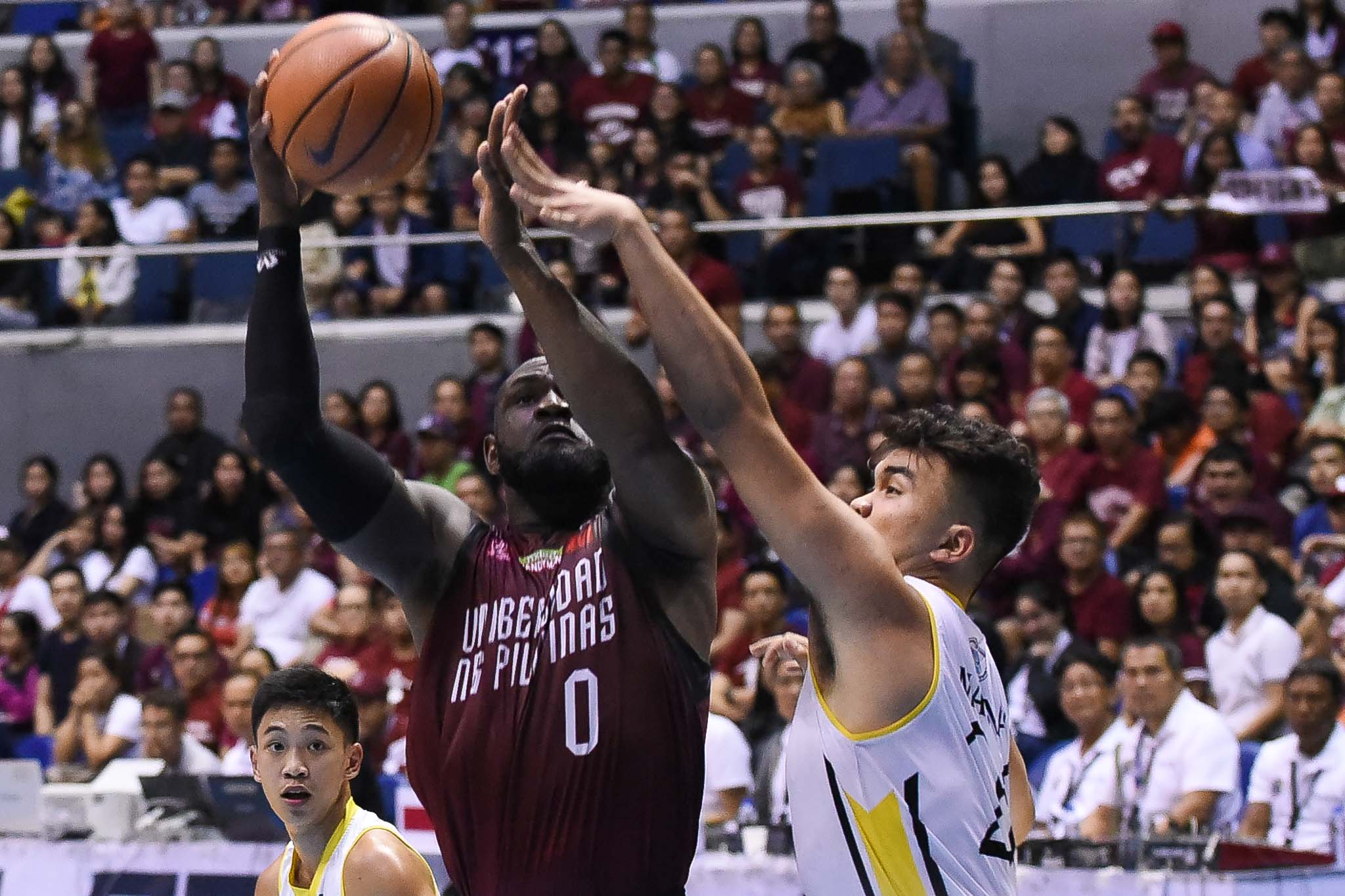 The Fighting Maroons scored a crucial 83-69 victory against a Tigers side that lost rookie sensation CJ Cansino to injury in the UAAP Season 81 men’s basketball tournament on Saturday, November 10 at the Smart Araneta Coliseum.

Bright Akhuetie dominated anew with a huge double-double of 25 points and 18 boards for the Maroons, who climbed to 4th place with a 7-6 record – which also matched their last best record of 7 wins in 2004.

Paul Desiderio also had 19 points after going 8-of-15 from the field to go with 8 rebounds and 4 assists  as the Maroons eliminated the Tigers, who fell to 5-8.

The Tigers were even leading before Cansino, one of this season’s leading Rookie of the Year contenders, suffered an injury in the first half.

Cansino was attempting a driving layup but his left knee gave in and he was stretchered to the dugout in tears at the 5:57 mark of the second quarter.

The UST super rookie never returned to the game and his left knee sprain forced him to watch the game from the sidelines.

Cansino managed to chip in 2 points and 3 board in his 9 minutes of play.

The Fighting Maroons immediately capitalized on Cansino’s absence as they rallied back with a 16-4 run to nab the lead at the half.

Renzo Subido topscored for the Growling Tigers with 22 points while grabbing 5 boards.