The UP Maroons face their moment of truth against La Salle 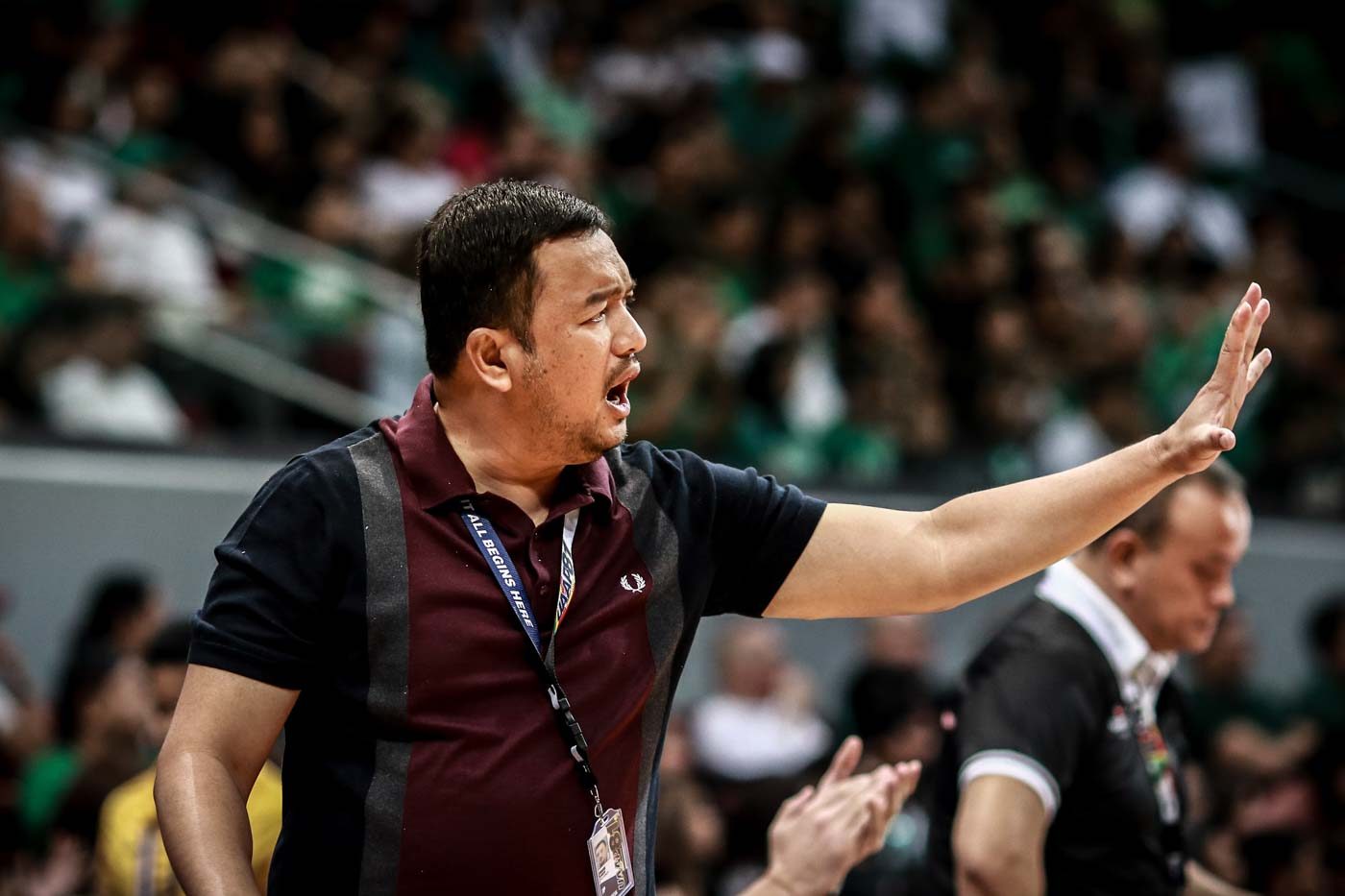 MANILA, Philippines – When University of the Philippines and De La Salle University tip off their high-stakes match on Wednesday, November 14, it will be the biggest UAAP game for the Fighting Maroons basketball program in the last two decades.

A win guarantees UP a spot in the Final Four round and would mark the Maroons’ return to the UAAP playoffs for the first time since 1997. It would also secure UP the No. 3 seed and a Final Four date against the twice-to-beat Adamson Soaring Falcons, who are No. 2.

A win for the Green Archers would give DLSU the same reward and a chance to make the UAAP finals for the third straight year.

With so much on the line for UP, it’s no secret that both pressure and excitement are mounting for head coach Bo Perasol and his boys.

When Perasol returned home in 2016 to coach his alma matter’s basketball team after a relatively successful 3-year stint with the Ateneo Blue Eagles, he made it a mission to change UP’s basketball program and turn it into something successful.

In each year Perasol has been UP’s head coach, the Fighting Maroons have increased their win total in the UAAP, but have yet to make it to the Final Four. A victory over DLSU, which UP secured in their round one encounter, would change that and, in many ways, validate the head coach’s mission when he took over.

Although unconfirmed by management, there are those who believe Perasol and the Maroons need to make the Final Four this season in order for the head coach to return in 2019. When asked by Rappler about this, Perasol debunked the rumors.

“I don’t even think of this as an employment. I could actually leave anytime. There’s really no pressure from the admin. What’s really keeping me to push harder is personal na kagustuhan (personal hunger for success),” he said.

Since University of the Philippines is a state university, Perasol’s contract is year-to-year and open-ended, which means long-term security isn’t written down in ink. Yet for the 45-year-old former UP varsity player, he sees his job as service and an act of “loyalty” to the school.

“Serbisyo na maibalik yung pride nang school. Alam naman ng school at lahat na ang program namin, it came from nothing. Ang pressure is coming from ourselves na we want this to happen for the community and for us.”

(It’s a service to bring back the pride of the school. The school knows this and all our programs came from nothing. The pressure is coming from ourselves that we want this to happen for the community and for us.)

Although this season’s roster is the best UP has had in years, it’s fair to point out the Maroons find themselves in unfamiliar territory in terms of what’s on the line.

La Salle’s basketball teams are constantly in the UAAP championship picture and many of the Green Archers’ current players have been in high-pressure situations like how Wednesday’s game will be. UP, on the other hand, finds itself in control of its own Final Four destiny for the first time in ages.

Perasol is very much aware of that critical bit of context.

“We’re going to feel excitement, stress… there’s no precedent eh. No experience, unlike La Salle, Ateneo, FEU, Adamson. They’ve been there for the longest time,” he said.

“We just have to make sure that all of us, first of all, we truly believe that we can achieve this. Second, when we go [on Wednesday], we go as a team. Trusting each other… What made us be here in this situation is the effort for everyone.”

The Maroons’ 67-61 win over the Green Archers in the first round should give the team confidence. At halftime of that game, DLSU led by 4, 33-29, before a 22-12 3rd period for UP gave them momentum of the contest. The Maroons’ lead ballooned to as much as 14 in the 4th period before they were able to hold off the late-game rally by La Salle, which cut the lead to as low as one.

MVP leader Bright Akhuetie had 19 points and 19 boards to lead UP in the victory, while Juan Gomez De Liaño had 17 points and 6 assists and converted two clutch baskets late to secure the win.

There are also stark differences for when both teams face off again, aside from the higher stakes on the line. Unlike their first meeting at the start of October, DLSU will now have team captain Kib Montalbo and 6-foot-8 Kiwi big man Taane Samuel on Wednesday.

Montalbo isn’t the type of player to stuff the stat sheet, but his presence on the court has always been a plus for the Green Archers thanks to his intangibles. The presence of Samuel, who returned from a Jones Fracture against Ateneo and made an instant impact, should give an already loaded La Salle frontline even more deterrence against Akhuetie.

Despite that, Perasol still likes how his team can fare against DLSU.

“I think we could match up well with them… what’s important is we have to assert what we have been doing. At the same time, we have to play good defense against what La Salle’s doing also. At this point, it doesn’t matter what our matchup is against them.”

When both teams met the last time, UP was a desperate team looking to end a 3-game slump. This time, the Maroons are on a roll after securing morale-boosting wins against NU and UST. Nevertheless, past records and stats go out the window when massive repercussions will be determined by just one game.

Even more so for UP, which faces its moment of truth versus the Green Archers. Furthermore, the Maroons will have the chance to prove to everyone and, more importantly, themselves, how far the program has come since Perasol’s initial goal of eliminating their losing culture.

“Every winning team has a game like this that would define, or that would make [us] step a level-up,” he said.

“With us, hindi pa. Hindi pa namin napagdaanan ang mga ganon klaseng laro (With us, we haven’t found [a game that would define a winning team]. We haven’t gone through a [high-pressure] game like this.) We’re trying to get out of here as victors.” – Rappler.com