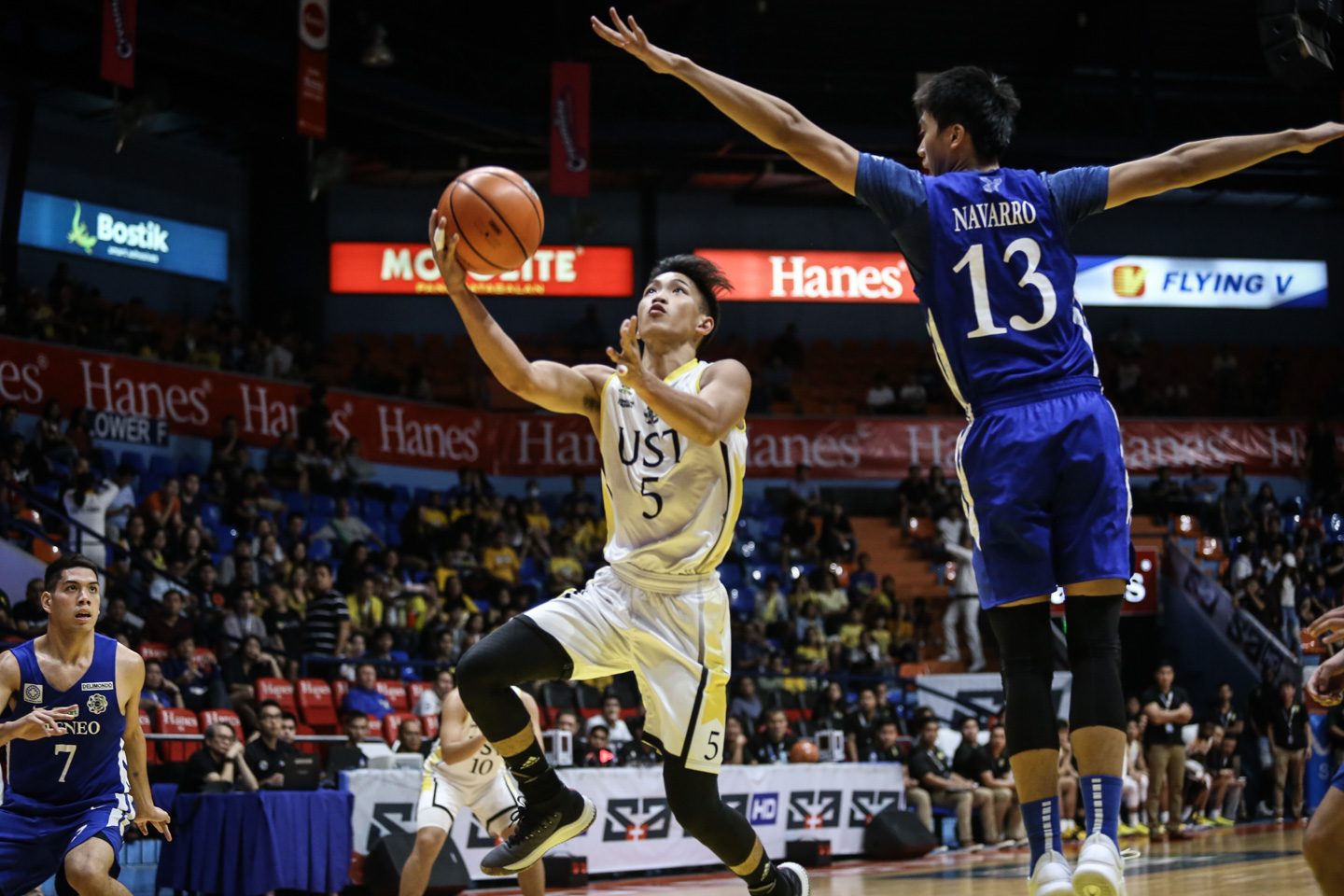 MANILA, Philippines – As the elimination round heads to its final stretch, a single no-bearing game can become a double-edged sword.

For one, teams sometime flash a relaxed form in a pressure-free situation. But this is one thing the top-seeded and playoff-bound Ateneo Blue Eagles certainly want to avoid.

Ateneo head coach Tab Baldwin had reminded the Blue Eagles to sustain their “killer instinct.” And with momentum at stake, it would still be interesting to see how the defending champions will resist the temptation to slack off against the University of Santo Tomas (UST) Growling Tigers, who aim to wrap up their season on a high note on Wednesday, November 14, 2 pm.

But with the absence of super rookie CJ Cansino due to an ACL tear, the blowout-prone UST squad would have to cook something up to prevent another 32-point drubbing from the Blue Eagles.

Renzo Subido hopes to provide the firepower the Growling Tigers very much need as the UST guard averages 15.5 points, 2.5 rebounds and 2.0 assists.

On the other end of the court, Tyler Tio – who earned his starting point guard position after Matt Nieto sat out for a few games – has proven his playmaking skills.

Despite averaging only 5.3 points, 2.2 assists and 0.8 rebounds, Tio’s disciplined end-to-end game has been vital to Baldwin’s system. 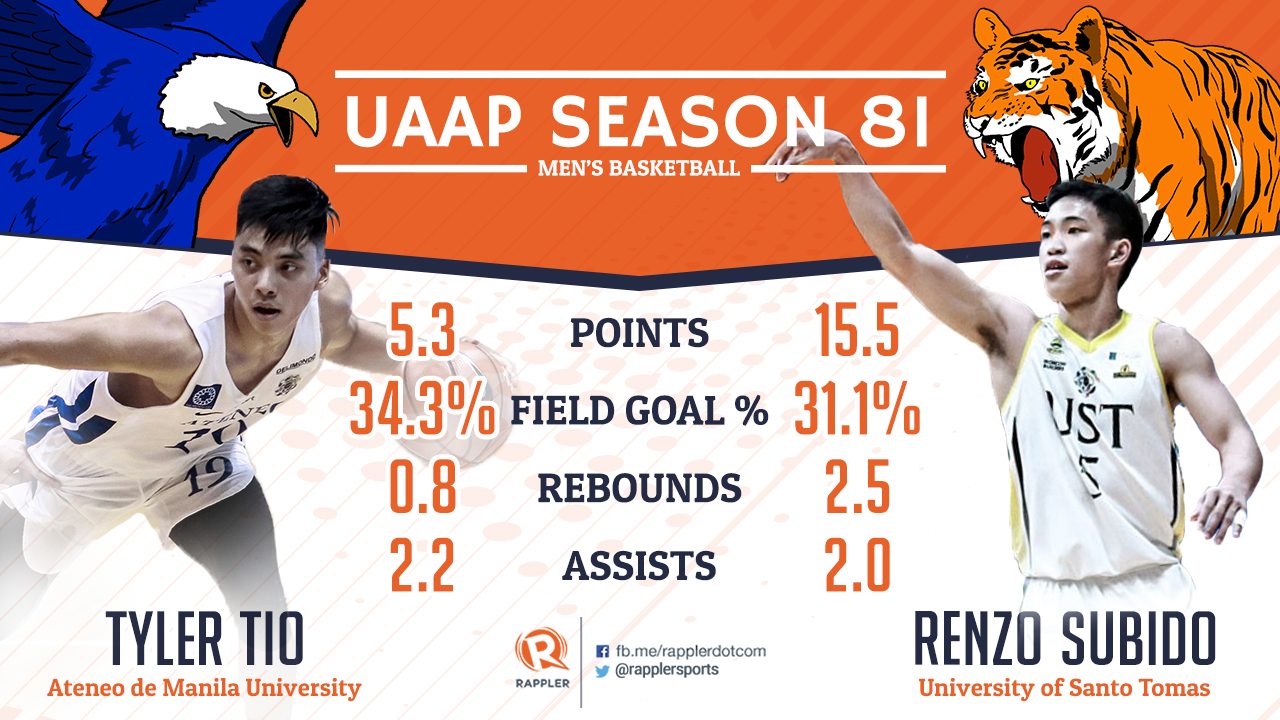 The Growling Tigers have been plagued with a high turnover rate as they’ve tallied a league-high of 16.5 turnovers per contest this season.

UST scoring leaders Subido and Cansino would combine for an average of 5.9 turnovers in the team, which has been the downside to their overall play.

The Blue Eagles have been potent in capitalizing on turnovers as they tally 14.3 points per game from turnovers alone.

But going against UST will be another test to the Blue Eagles’ elite defense as Subido, together with Marvin Lee, have been waxing hot from the perimeter as the Tigers boast a league-high of 34.6 points per game from beyond arc.

Can the Blue Eagles sustain their momentum and go undefeated in the second round? Or can the UST Growling Tigers close out their season with a major upset?  – Rappler.com