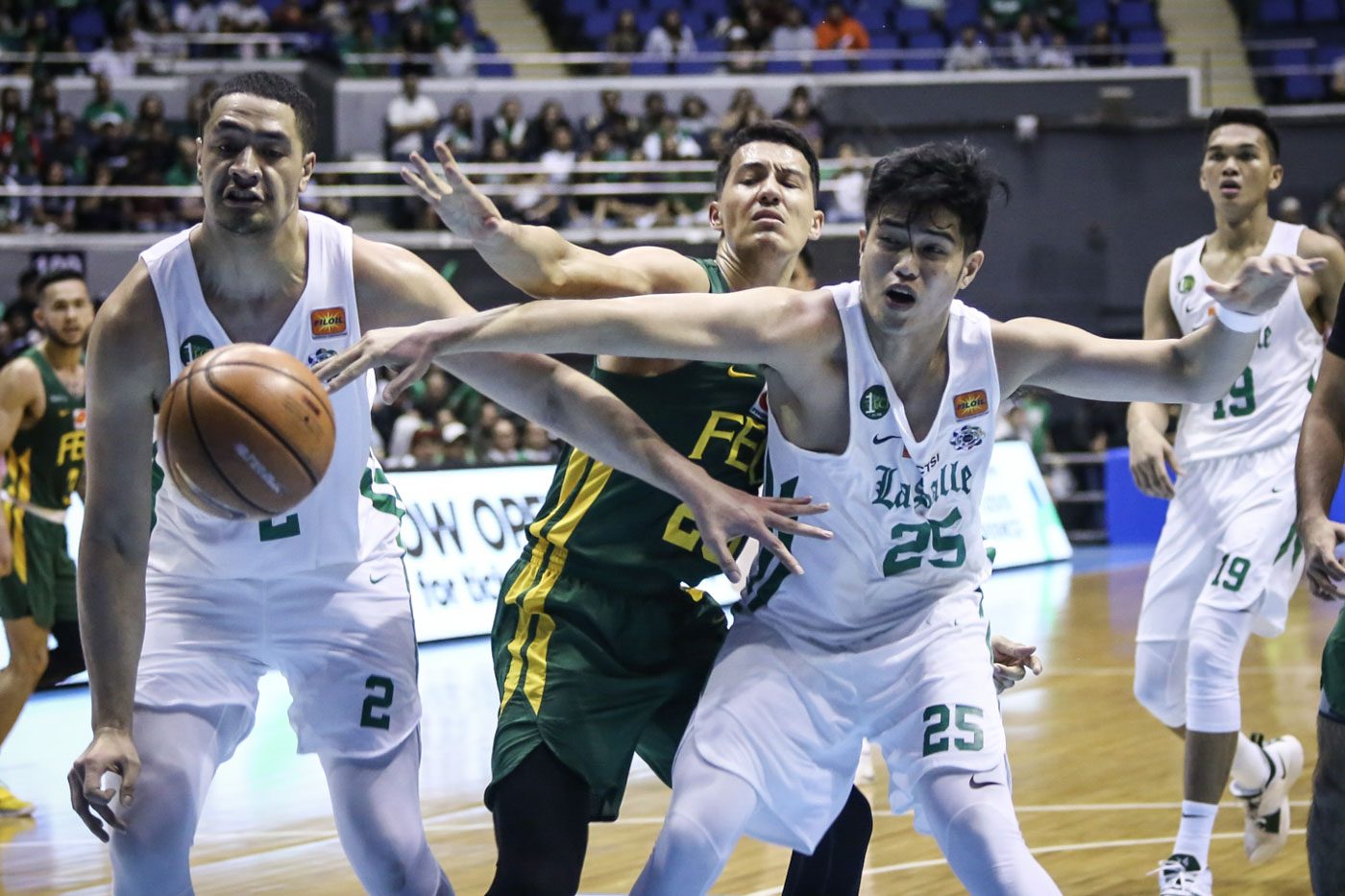 MANILA, Philippines –  Arvin Tolentinto buried the game-winning triple as Far Eastern University survived La Salle for a 71-70 escape in their do-or-die match to clinch the last Final Four berth in the UAAP Season 81 men’s basketball tournament at the Araneta Coliseum on Wednesday, November 21.

FEU came storming back in the waning seconds, unleashing a 7-2 finish capped by Tolentino’s wide-open, go-ahead triple with just 3.1 ticks left to seal the win for the Tamaraws.

The Green Archers still had a shot at stealing the game with a perfectly drawn play, but Santi Santillan failed to convert as FEU also put up a tough defense.

The Tamaraws will now face defending champion Ateneo Blue Eagles – the top seed toting a twice-to-beat advantage – in the semifinals on Sunday, November 25.

Tolentino fired 15 points to lead the Tamaraws, who advanced to the semifinals for the sixth straight season – the current longest active streak in the league.

The Tamaraws also spoiled another blockbuster duel between two of the fiercest rivals in collegiate basketball. The Blue Eagles and the Green Archers clashed in the finals in the last two seasons.

Both La Salle and FEU came out fighting in the playoff match, which was set after both squads wound up tied at 4th place with 8-6 records at the end of the elimination round.

“It could have been our last game, and lahat ng iniisip ko lang kanina, hindi ko sasayangin lahat ng sacrifices ko, especially yung mga teammates ko (I was just thinking that I don’t want my sacrifices and also my teammates’ to go to waste),” said Tolentino.

Kevin Ebona stepped up big time for the foul-plagued Prince Orizu with a 12-point, 16-board double-double – 10 boards on the offensive end.

Orizu only lasted 8 minutes on the court in what could have been his last game in the UAAP.

On the other end, Santillan willed La Salle with a game-high 20 points and 6 boards, but missed the last bucket that would have saved his career.

Aljun Melecio was ice-cold, only producing 9 markers but added 6 dimes and 5 boards. Team captain Kib Montalbo also exits the league in heartbreak after a 7-point outing with 2 rebounds.

However, Montalbo sank two free throws after a tough fall as the Archers inched within one, 58-59, at the 6:40 mark.

Santillan then sank the go-ahead charity shots, 62-60, as Orizu fouled out with 4:30 left in regulation.

After a series of frantic loose ball sequences, Melecio and Santillan gave La Salle a crucial two-possesion lead, 68-64, at the 1:28 mark.

But a pair of Jasper Parker free throws and a Ken Tuffin jumper pushed the Tamaraws within a basket, 68-70, before Tolentino pumped in the game-winner.