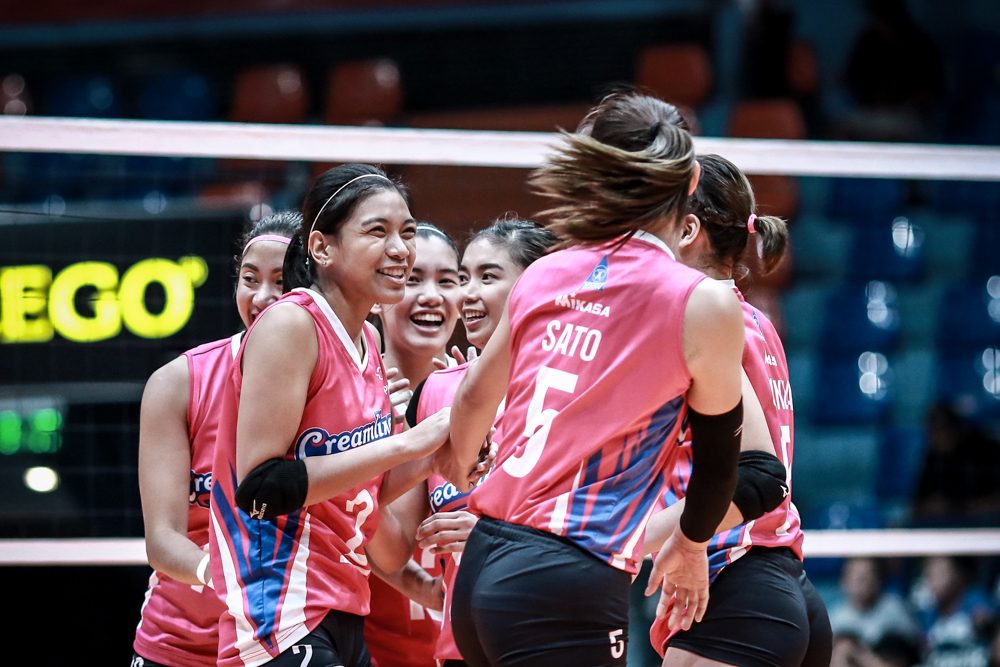 Flashing their lethal form just like in the series opener, the Cool Smashers swept the Ateneo-Motolite Lady Eagles, 25-20, 25-20, 25-15, to capture the  Premier Volleyball League Season 2 Open Conference championship on Saturday, December 8, at the Batangas City Coliseum.

Alyssa Valdez, crowned as this season’s Most Valuable Player, fired all of her 13 points off attacks to power the Cool Smashers.

Morado, who bagged the Finals MVP, registered 39 excellent sets and also scored half of her 8 points off aces.

Gumabao scored 12 and Sato had 10 points for the Cool Smashers, who hammered the Lady Eagles with attacks, 49-28.

Bundit, the Thai coach who likewise steered the Lady Eagles to two UAAP titles, is set to return to Thailand.

The Lady Eagles managed to put up a fight early behind Maddie Madayag and Bea De Leon as the young squad even led 16-10 in the 1st set. But the Cool Smashers coolly rallied back to take the opening frame.

De Leon and Kat Tolentino paced the Lady Eagles with 10 points each.

Earlier, the Banko Perlas Spikers copped 3rd place after disposing of PetroGazz in straight sets, 25-18, 26-24, 25-21, in the consolation battle.