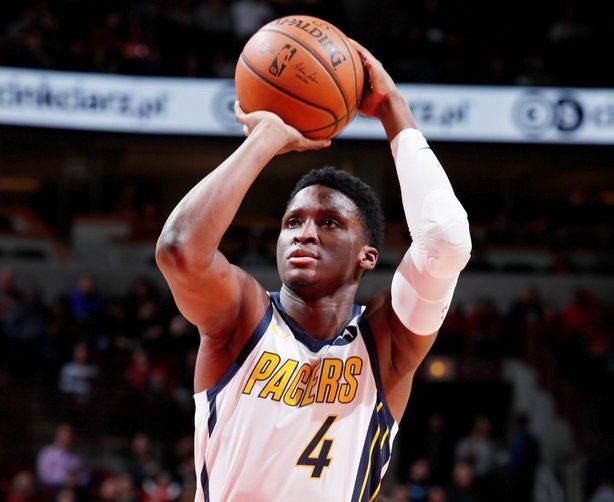 LOS ANGELES, USA – Victor Oladipo made a long three-pointer with 0.3 seconds left in overtime to give the Indiana Pacers a 119-116 win over the Chicago Bulls in the NBA on Friday, January 4 (Saturday, January 5, Manila time).

Oladipo had 36 points and 7 rebounds, and Domantas Sabonis added 23 points and 12 rebounds for the Pacers, who won their sixth consecutive game. This was the first game of a five-game trip.

“It felt great coming out of my hands, and it banked in,” Oladipo said. “It felt like I didn’t bank it, it would have been a swish. I work on that shot all the time.”

the TOP PLAYS down the stretch as @Pacers outlast @chicagobulls in a thrilling OT finish at United Center! #Pacers pic.twitter.com/gpZv2TMakB

Lavine hit another three-pointer, but officials ruled that it came when time had expired.

Lauri Markkanen had 27 points, and Kris Dunn had 16 points and 17 assists in the loss for the Bulls.

0.3 seconds left in OT and this clutch shot by @ZachLaVine was split second too late: pic.twitter.com/oTCn30ttgZ