Denden Lazaro leaves Cocolife to suit up for Petron 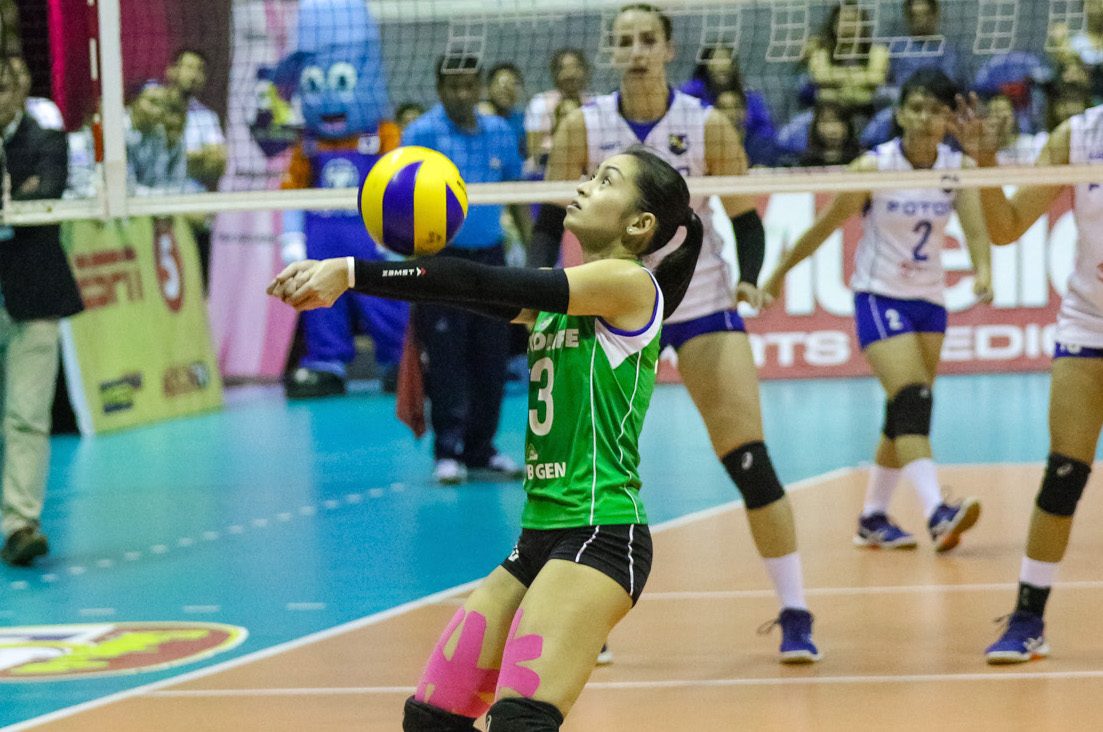 MANILA, Philippines – Denden Lazaro will not return for another tour of duty with Cocolife as she is set to suit up for five-time champion Petron when the Philippine Superliga Grand Prix fires off in February 2019.

Team official Joshua Ylaya announced the transfer, saying that they are in full support to the decision of the former Ateneo ace in her pursuit of her first PSL title.

“Denden is more than just a teammate – she’s a dear friend and part of our family,” said Ylaya.

“Denden is a person of high character and a consummate pro. She proved that she could still play at a high level after helping us reach the semifinals in the Grand Prix last year. So, with a heavy heart, we announce her transfer to a new club and we wish her well in her quest for her first PSL crown.”

At Petron, Lazaro is expected to deliver at the defensive end, especially now that Buding Duremdes will return to her university team, Far Eastern Univeristy, in the University Athletic Association of the Philippines (UAAP).

But the Asset Managers will not be left with an empty bag with Amy Ahomiro and Bang Pineda coming in as the season’s new recruits.

“Amy, who will play in the PSL for the first time in her career, will give us depth in the middle while Bang will help us overcome the dearth created by Denden’s absence in the backline,” added Ylaya.

Ahomiro, who was named as Finals’ Most Valuable Player in Season 76 of the UAAP, will make her PSL debut, while Pineda is a superb backline defender and played a crucial role when Generika-Ayala made it to the semifinals of the previous All-Filipino Conference.

“We may still be a work in progress, but rest assured that we will be very competitive to give the heavyweights a serious fight in the upcoming PSL Grand Prix.” – Rappler.com