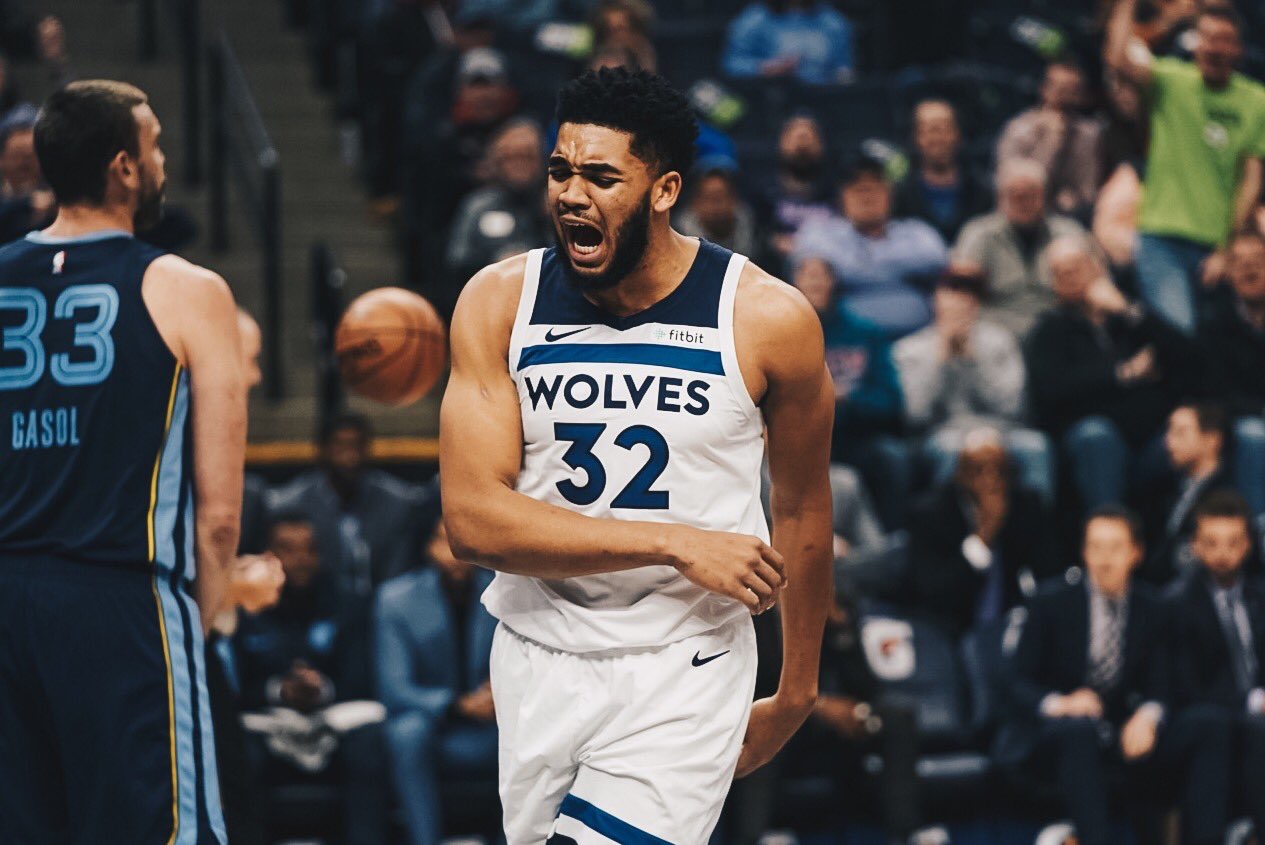 MANILA, Philippines – Karl-Anthony Towns knocked in a desperation shot at the buzzer as the Minnesota Timberwolves slipped past the Memphis Grizzlies in overtime, 99-97, in the NBA on Wednesday, January 30 (Thursday, January 31, Manila time).

Towns, who rode the bench early after getting into foul trouble, scored all of his 16 points in the 1st half and also hauled down 10 boards in 26 minutes of action.

Andrew Wiggins had missed a three-point attempt in the dying seconds but Towns grabbed the rebound, dribbled once before unleashing the fadeaway jumpshot.

Towns celebrated by throwing his hands in the air as his teammates ran out onto the floor to mob him. Towns said the last shot was designed to go to Wiggins.

“Wiggins wanted the shot and we gave him the shot,” Towns said. “I just wanted to be there for an offensive rebound in case he missed it. I am glad that when my team needed me the most, I made the shot.”

Jerryd Bayless led with 19 points and dished out a career-high 12 assists for the Wolves, who won their sixth straight game for a 25-26 record.

Mike Conley shot 26 and had 8 assists but it wasn’t enough as the Grizzlies absorbed another one-possession loss for the third time in 4 games.

"I knew it was in, it felt good."@KarlTowns called game. @JackLinks Power Through Moment pic.twitter.com/zj0rfuFk9y