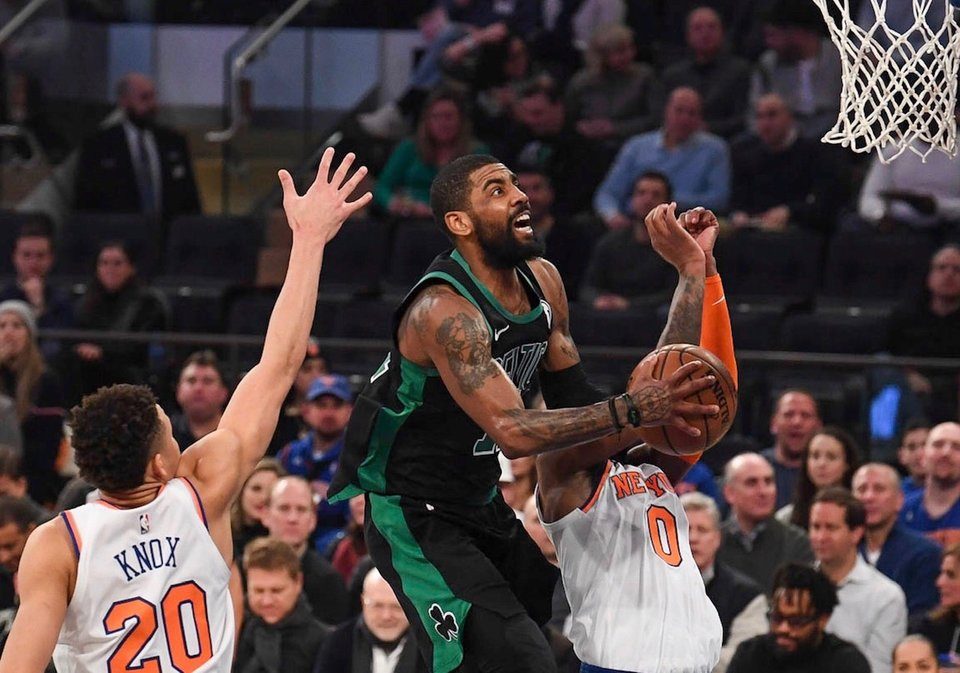 Facebook Twitter Copy URL
Copied
'It's nothing but a distraction at this point,' says Irving as Knicks fans chant 'We want Kyrie!'

LOS ANGELES, USA – Kyrie Irving, who could become a free agent at the end of the season, finished with 23 points, 10 rebounds and 6 assists as the Boston Celtics defeated the struggling New York Knicks, 113-99, in the NBA on Friday, February 1 (Saturday, February 2, Manila time).

Knicks fans are hoping Irving will be willing to sign with them – and he got a loud ovation from the crowd of 19,700 at Madison Square Garden when the starting lineups were announced.

“It’s nothing but a distraction at this point,” said Irving, who was born in Melbourne, Australia but grew up in New Jersey.

The New York fans’ admiration might be misdirected as Irving already made a big point at a Celtics’ fan event last fall of telling the crowd he intended to re-sign with Boston. (READ: Kyrie Irving softens stance on Celtics stay)

“Like I said, I’m appreciative of the fan support I get in any arena,” he said on Friday. “Obviously what’s going on in terms of that noise and commentary is just a bunch of nonsense right now.

“Can’t do anything about it so I’m just accepting, I’m appreciative, but at the same time I’ve got a game to focus on.”

Marcus Morris added 18 points for the Celtics, who won for the eighth time in 9 games.

Damyean Dotson scored 22 points and Kevin Knox had 21 for the hapless Knicks, who lost their 12th straight. New York has now started February with a loss after losing 24 of 27 games in December and January.

The Knicks’ new players weren’t available, so they started Dotson and Kadeem Allen as guards.

Dallas announced Friday that Porzingis will not play this season as he continues to recover from a torn ACL injury. – Rappler.com