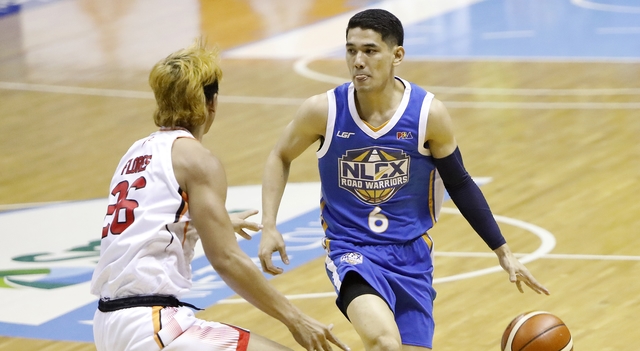 MANILA, Philippines – Just when Kevin Alas is rediscovering his footing in the PBA, he is once again bitten by the injury bug.

After just 5 games into his PBA comeback, Alas has reinjured the ACL on his right knee that sidelined him for two whole conferences in 2018 and will likely sit out several months, NLEX revealed on Monday, February 4.

We regret to inform the public that @kevinlouiealas sustained an ACL injury on his right knee during our February 2 game against the Meralco Bolts. Our medical team is set to confirm the extent of the injury through MRI results on Tuesday, February 5. #ArangkadaAlas pic.twitter.com/4KvX2GqtGc

The spitfire guard hurt his knee following a bad fall late in NLEX’s 87-83 win over Meralco in the 2019 Philippine Cup on Saturday, February 2, in Antipolo City.

A faulty landing during a rebound play left Alas in pain as he subbed out with 3 minutes left in the 4th quarter and never came back.

Alas looked fine as he managed to walk after the game, but his MRI results showed otherwise. (READ: Alas says he’s fine after bad fall, but bares injury fear lingers)

He averaged 8.4 points, 4.6 assists, 3.4 rebounds, and 1.0 steals this conference, helping the Road Warriors to back-to-back wins after they dropped their first 3 games. – Rappler.com