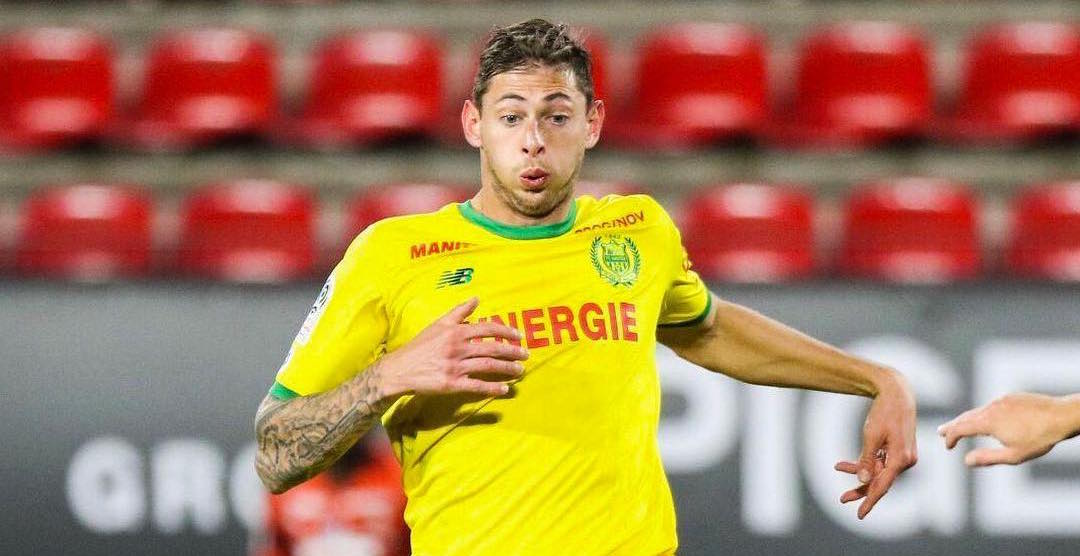 LONDON, USA – British investigators said Monday, February 4, they had spotted a body in the wreckage of a plane that disappeared in the Channel two weeks ago carrying Argentine footballer Emiliano Sala and his pilot.

Sala, 28, was flying from France to join his new club, Premier League side Cardiff City, when the light aircraft disappeared on January 21 north of the island of Guernsey.

A wreck was found on the seabed on Sunday and closer inspection by a remotely operated vehicle (ROV) confirmed both that it was the missing plane, and that a body was inside.

“Tragically, in video footage from the ROV, one occupant is visible amidst the wreckage,” the British government’s Air Accident Investigation Branch (AAIB) said in a statement.

“The AAIB is now considering the next steps, in consultation with the families of the pilot and passenger, and the police.”

The AAIB also released a grainy image showing a part of the fuselage with the aircraft registration. The depth indicated on the image was 67.7 metres (222 feet).

Sala’s father Horacio earlier spoke of his shock that the plane had been found, after a private search organized by the family.

“I can’t believe it. It’s a bad dream,” he told Cronica TV from his home in Progreso, Argentina, before the news about the body was announced.

Sala was flying to Cardiff after transferring from French team Nantes in a $19.3 million move – a record deal for the Welsh team.

The plane, a Piper PA-46 Malibu, vanished from radar around 20 kilometers north of Guernsey, with British pilot David Ibbotson the only other person aboard.

‘Best we could have hoped for’

Local police called off the search after a few days, saying it was very unlikely anyone would still be found alive.

But Sala’s family launched a crowd-funding campaign for a private search, which raised over $300,000.

They hired shipwreck hunter David Mearns, whose vessel used sonar equipment to identify the plane wreckage on Sunday morning within a few hours of starting the search.

Another vessel, hired by the AAIB, then used its remotely operated vehicle to survey the seabed.

“Based on analysis of ROV video footage, the AAIB investigators on board the vessel concluded that the object is wreckage from the missing Piper Malibu aircraft,” the AAIB said Monday.

Suspected debris from the plane washed up on the Normandy coastline in France last Wednesday, further dampening any hopes of finding the footballer and his pilot alive.

“This is about the best result we could have hoped for the families,” Mearns had earlier told Sky News.

Top footballers were among more than 4,500 contributors to a crowdfunding page to look for the wreckage.

Horacio was the only relative to stay behind in Argentina as the others rushed to France and Guernsey to try to help with the search.

“They kept saying days were going by, and that there had been zero word on Emiliano, or on the plane.”

At Cardiff’s match against Bournemouth on Saturday, Sala’s photograph appeared on the front cover of the matchday program.

The two captains laid floral tributes on the halfway line before what the club called a “silent reflection”.

Sala’s name, in the Argentina colors, was also spelled out behind one of the goals as supporters held cards aloft.

Cardiff manager Neil Warnock said Sala would have been “really proud” of the team after they won 2-0 in their first home match since the plane vanished.

Program notes, penned by owner Vincent Tan and the rest of the Bluebirds’ board, said events had shaken “Cardiff City to its very core.” – Rappler.com