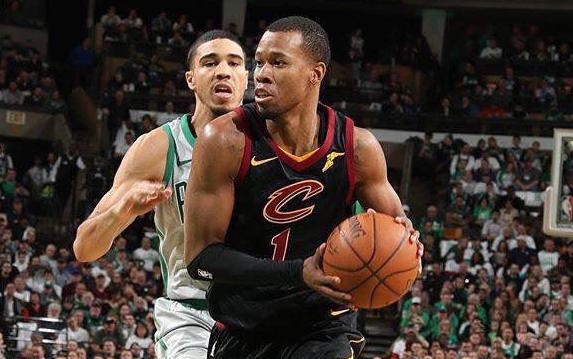 Portland sent the Cavaliers guards Wade Baldwin and Nik Stauskas plus two 2021 and 2023 second-round NBA Draft picks in exchange for Hood, a 26-year-old American who is averaging 12.2 points, 2.5 rebounds and 2.0 assists in 45 games this season for the Cavs.

“I’m ready for what’s next! Portland I’m on the way!” Hood tweeted.

I’m ready for what’s next! Portland I’m on the way! #ripcity

The Trail Blazers, 32-20, are fourth in the Western Conference, one game behind Oklahoma City and 5 adrift of co-leaders Denver and Golden State.

“Rodney is an accomplished NBA player that brings versatility, shotmaking and depth to our perimeter and will fit seamlessly into our culture and style of play,” said Blazers president of basketball operations Neil Olshey.

Hood spent his first 3 1/2 NBA seasons with the Utah Jazz before being traded to Cleveland last February.

The Cavaliers, third-worst in the league at 11-42, are in a rebuilding campaign after losing LeBron James to free agency and the Los Angeles Lakers last July.

Canada’s Stauskas, 25, averaged 6.1 points, 1.8 rebounds and 1.4 assists with the Trail Blazers this season. He made his NBA debut for Sacramento in 2014 and played just over two seasons for Philadelphia before being finishing last season with Brooklyn and signing with Portland in the off-season.

Baldwin averaged 3.0 points and 1.0 rebounds in a reserve role for Portland. – Rappler.com