Pistons bounce back with win over Nuggets 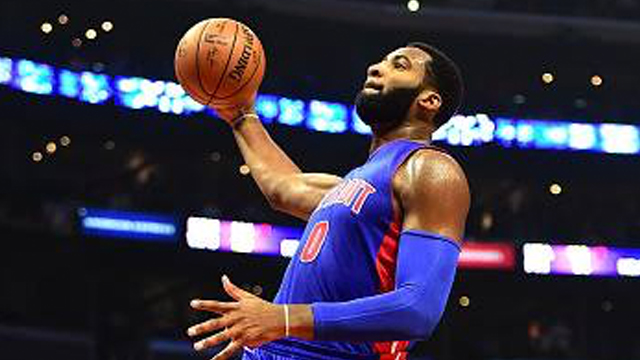 LOS ANGELES, USA – Andre Drummond scored a season-high 27 points as the Detroit Pistons rebounded from a crushing defeat with a 129-103 NBA victory over the Denver Nuggets on Monday, Februray 4.

The Pistons were coming off a devastating loss to the Los Angeles Clippers on Saturday, February 2, in which Detroit surrendered a 23-point third-quarter lead.

There was no sign of a late-game let-down on Monday as the Pistons turned a 14-point lead going into the fourth quarter into a 26-point win.

They never trailed in the second half, leading by as many as 29 points.

The Pistons reserves, out-scored 80-17 in the loss to the Clippers, came through with 60 points against the Nuggets, Detroit’s bench players expanding the lead to start both the second and fourth quarters.

They helped make the difference on a night when all 5 Denver starters scored in double figures, led by Monte Morris’s 18 points. Nevertheless, Denver saw their six-game win streak snapped and dropped out of a tie with the Golden State Warriors for first place in the Western Conference.

“I like the way our guys responded,” Pistons coach Dwane Casey said. “Enthusiasm and togetherness.”

The Milwaukee Bucks pushed their league-leading record to 39-13 with a 113-94 victory over the Nets in Brooklyn.

Bucks star Giannis Antetokounmpo scored 30 points, pulled down 15 rebounds and handed out 9 assists for Milwaukee, who won their fourth straight.

Clinton and his wife, Hillary, have a home in suburban New York and he said he tries to take on a couple of games in Brooklyn each season.

But he was invited to the game by Bucks co-owner Marc Lasry and enjoyed the chance to watch Antetokounmpo.

“He’s unbelievable,” Clinton said of Milwaukee’s Most Valuable Player candidate. “He’s really come into his own this year.”

Malcolm Brogdon added 16 points and Eric Bledsoe scored 15 for the Bucks, who have won 10 of their last 11 games.

The injury-depleted Nets offered little resistance, connecting on just 32.4 percent of their shots from the field – including making just 5-of37 attempted three-pointers. – Rappler.com