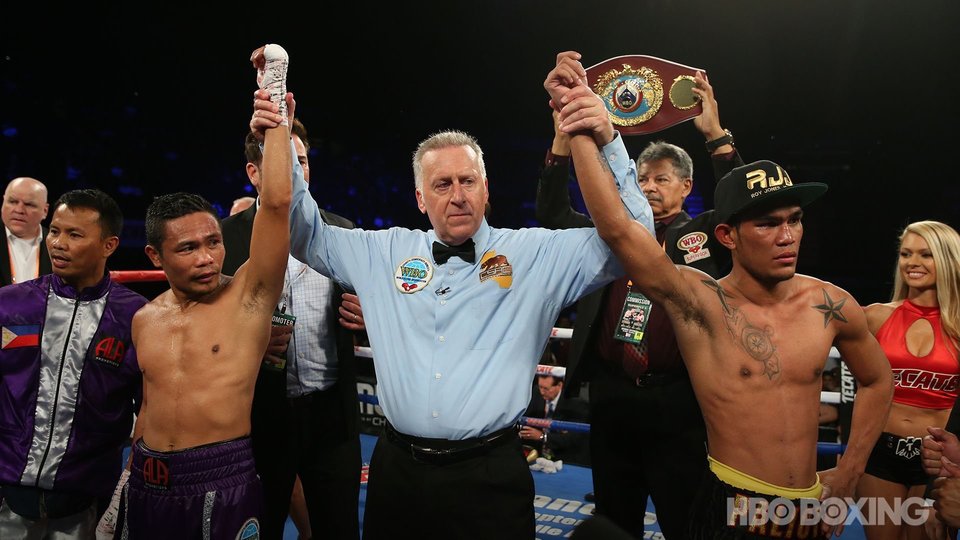 MANILA, Philippines –  Even if they don’t want to, the camp of Donnie Nietes may be forced to agree to a world title rematch with Aston Palicte.

This developed as the World Boxing Organization ordered Nietes, the reigning super flyweight champion, to defend his crown against Palicte, the mandatory challenger.

According to Philboxing, the WBO, in a letter dated February 4, ordered Nietes’ team and Palicte’s handlers to negotiate and reach an agreement for the rematch within 15 days, otherwise it will order a purse bid.

Salas told both parties they have “fifteen (15) days upon receipt of this letter to negotiate and reach an agreement regarding the WBO Jr Bantamweight Championship Contest between Donnie Nietes and Aston Palicte. If an accord is not reached within the time frame stated herein, a Purse Bid will be ordered pursuant to the WBO Regulations of World Championship Contests.”

Aldeguer, however, said they’re not keen on fighting Palicte again and are pursuing a unification bout with the winner between World Boxing Council champion Srisaket Sor Rungvisai and challenger Juan Francisco Estrada on April 6.

After getting hold of the WBO order on Wednesday, Aldeguer told Philboxing their priority remains to be the winner of Rungvisai-Estrada or World Boxing Association champion Khalid Yafai.

Unless, they can come up with a novel solution with 15 days, however, Palicte looms large as Nietes’ next opponent. – Rappler.com