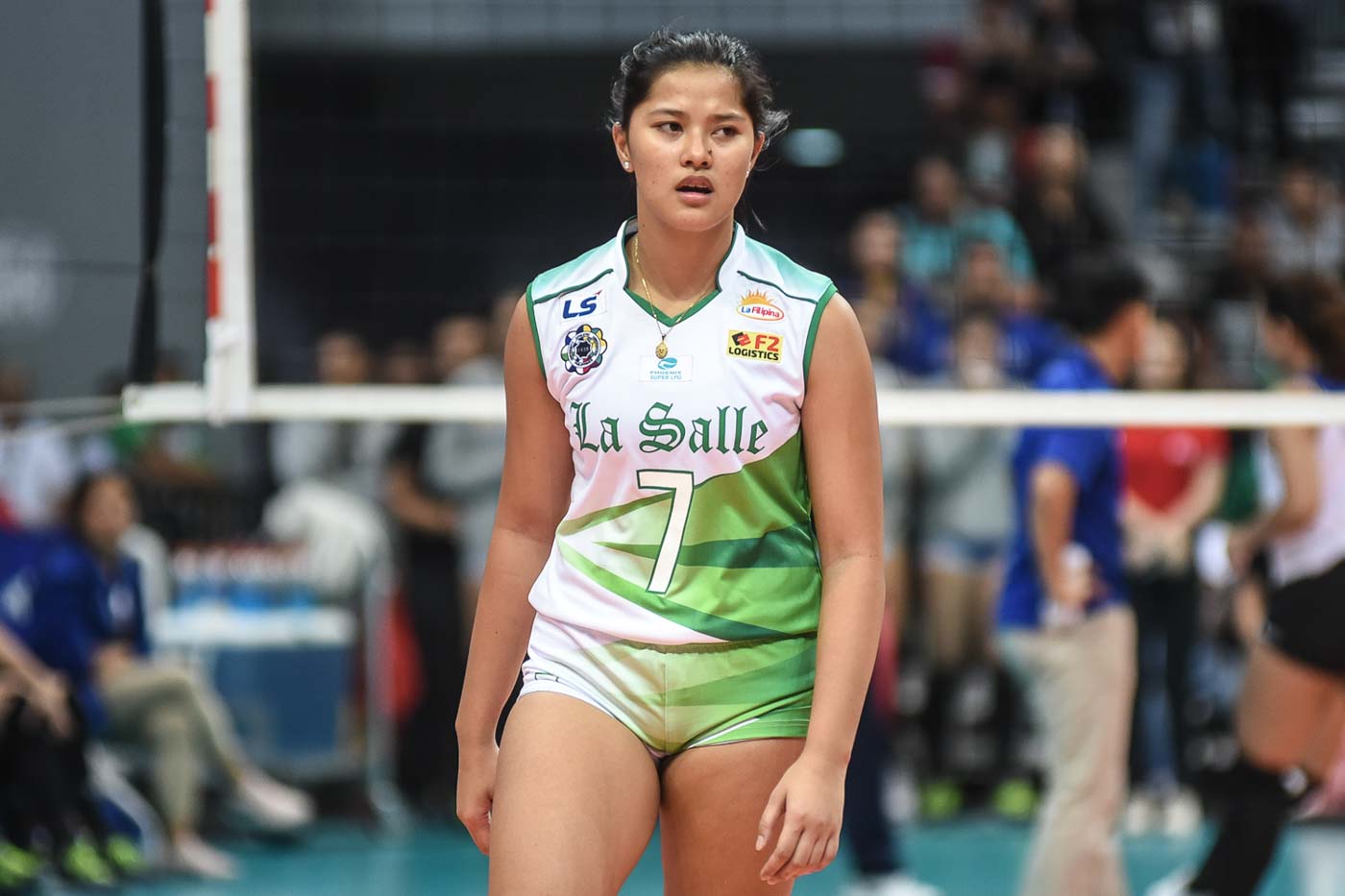 MANILA, Philippines – In La Salle’s UAAP opening showdown with archrival Ateneo, May Luna finally earned her spot as a starter after 4 years with the three-time defending champion.

“Always worth the wait,” said the teary-eyed open spiker.

(It’s like your hard work paid off and coach gave you the trust. You have to gain it. It’s not like he’d put you out there just because there were no other players. If you were put in there, it’s because you deserve it. Worth it.)

But according to the veteran spiker, she was actually surprised that 11-time UAAP champion coach Ramil de Jesus gave her the opportunity.

Last season, Luna was a low-key player who suddenly surprised the crowd during Game 1 of La Salle’s Finals duel against Far Eastern University.

She sustained that momentum this season, scoring 11 points that helped the Lady Spikers pull off a season-opening win over last year’s semifinalist Ateneo.

Although admitting to feeling pressured – especially after the graduation of topscorers Kianna Dy and Majoy Baron – Luna says she’s making sure to stay focused by listening to De Jesus.

(Coach just wants me to deliver what the team expects from me. It’s not about exceling on many things.) – Rappler.com