Blatche: ‘No bigger blessing’ than playing for Gilas 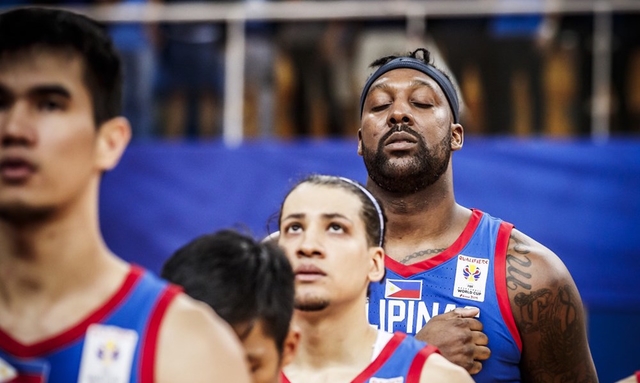 MANILA, Philippines – Andray Blatche savored the opportunity of suiting up for Gilas Pilipinas after more than a year of being away from the national team.

The former NBA player was at his best as he delivered a near-triple-double in the Philippines’ 84-46 shellacking of Qatar in Doha in the FIBA World Cup qualifiers on Thursday, February 21 (Friday, February 22, Philippine time).

“It’s always a great honor. I’ve been with the team for many years, travelled the world, competed against a lot of countries,” Blatche said in the post-game presser after the win.

“It’s nothing more… there’s no bigger blessing than having to play with this team. We created a family, bonds with so many people. This is a great opportunity for me.”

The 6-foot-10 big man, who has been with Gilas since 2014, last saw action for the national team in the brawl-marred Philippines-Australia qualifying game in July 2017.

He had since missed two windows, serving a three-game FIBA suspension for his role in the melee and being left out of the national team pool for the fifth window.

But now finally back in tow for the all-important sixth window, Blatche proved to be just what the doctor ordered as he showed way with 17 points, 15 rebounds, 7 assists, 2 steals – all-team-highs – and 2 blocks.

“It felt great, being with my brothers and to compete and definitely get the win,” he said.

Blatche, though, is not one to rest on his laurels since the mission is to win both games in the sixth window, the last against Kazakhstan in Astana on Sunday, February 24.

“We’re not done yet. We have one more game in Kazakhstan to take care of.”

The Philippines improved to 6-5 to remain in 4th place in Group F. The top 3 teams and the best 4th placer from Groups E and F will advance to the World Cup. (SCENARIOS: How Gilas can qualify for FIBA World Cup) – Rappler.com