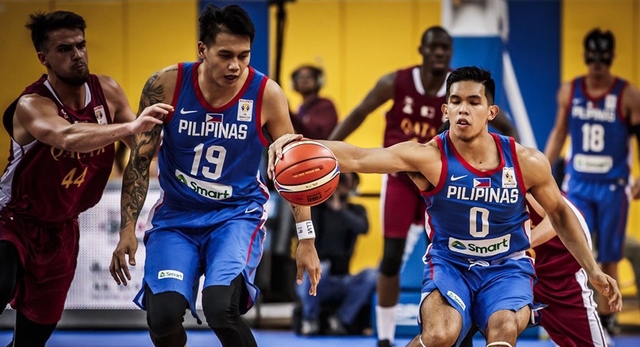 That is no thanks to Jordan stunning China, 86-62, in Amman to kick off its campaign in the sixth and final window of the Asian Qualifiers on Friday, February 22 (Saturday, February 23, Philippine time).

The Philippines and Jordan are from two different groups in the tournament, so how does the Jordanians’ triumph complicate the Filipinos’ chances of qualifying for the World Cup?

The Philippines and Jordan entered the sixth window with identical 5-5 cards and were expected to be the two teams vying for the last World Cup berth as the best 4th placer in both Groups E and F.

After demolishing Qatar on Thursday, the Philippines improved to 6-5 in Group F and would have wanted Jordan to lose to China and fall to 5-6 in Group E.

If that happened, the Philippines needed only to win against Kazakhstan for a 7-5 slate and become the best 4th placer, regardless of whether Jordan hikes its record to 6-6 by beating New Zealand.

But since Jordan pulled off the massive upset, it raised its record to 6-5 in Group E and formed a three-way tie with Lebanon – which absorbed a 67-69 loss to New Zealand on Friday – and China.

Behind a superior quotient, Jordan eventually leapfrogged from 5th to 3rd place and relegated China and Lebanon to 4th and 5th places, respectively.

Here is the quotient among the 3 teams:

Since China automatically qualifies as World Cup host and shall not be included in the final standings, Lebanon will move up to 4th place and will likely battle the Philippines as the best 4th placer.

Where does this leave the Philippines?

The Philippines must first defeat Kazakhstan in Astana on Sunday, February 24, and hope Lebanon and Jordan lose their final qualifying games against Korea and New Zealand, respectively.

That way, Lebanon and Jordan will both drop to 6-6 and the Philippines will punch its World Cup ticket as the best 4th placer with a better 7-5 record.

Unless it manages to barge into Group F’s top 3, apparently, the abovementioned scenario is the only way the Philippines will qualify for the World Cup.

If the Philippines gets swept by Kazakhstan and slips to 6-6, it will still not become the best 4th placer even if either Lebanon or Jordan – whichever takes 4th place in Group E – also finish with the same record.

To break the tie, the team with the higher point differential in all games in their group becomes the best 4th placer.

Through Day 2 of the sixth window, the Philippines has a point differential of +17, a far cry from Lebanon’s +99 and Jordan’s +80.

So no matter which team between Lebanon and Jordan the Philippines will face as the best 4th placer, the latter will still fail in its World Cup bid.

The battle for the remaining World Cup seats comes down to the wire as the Philippines faces Kazakhstan at 10:30 pm on Sunday, incidentally the same time Lebanon clashes with Korea and Jordan tangles with New Zealand. – Rappler.com