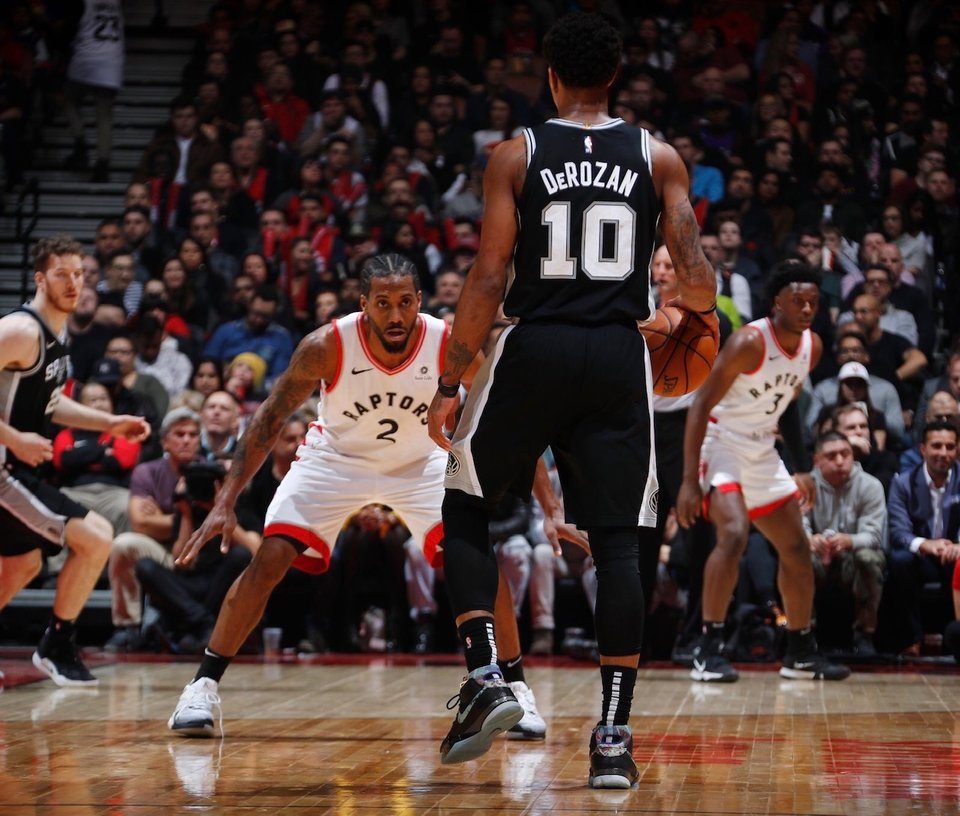 LOS ANGELES, USA – Kawhi Leonard got booed in his return to San Antonio. It was a much different story for DeMar DeRozan in Toronto.

Raptors star Leonard scored a game-high 25 points and stole the ball from San Antonio’s DeRozan at mid-court for the go-ahead dunk as the Toronto Raptors held on to beat the San Antonio Spurs, 120-117, in the NBA on Friday night, February 22 (Saturday, February 23, Manila time).

Leonard scored the final 4 points for the Raptors, including a steal and a dunk off DeRozan with 15 seconds to go with the game on the line.

DeRozan tried to carry the ball up court but slipped while being pressured and Leonard snatched the ball for the uncontested dunk to give the Raptors a one-point lead, 118-117. He then sank two free throws to seal it.

It all added up to a night of mixed emotions, but for DeRozan the ending could have been better.

This was his first trip back to Toronto since the trade in the offseason between the two teams that saw the two Los Angeles area products being swapped for each other.

The sold-out crowd of 20,060 at the Scotiabank Arena gave DeRozan two standing ovations. The first took place during team introductions and the second came halfway through the 1st quarter when the Raptors honored him with a video tribute during a stoppage in play.

“DeMar did a great job here with his nine-year run,” said Leonard. “He was leading all the stats with Raptors all the time and the fans came out and showed him love.”

For all the good times
For all you’ve done for this City, for Canada

Leonard could only fantasize about getting the same warm welcome when the teams met January 3 in San Antonio for the first time since the trade.

Leonard scored 21 points in a 125-107 San Antonio win and was booed by the Spurs fans. DeRozan recorded his first career triple-double in that one with 21 points, 14 rebounds and 11 assists.

While Leonard asked for a trade out of San Antonio, DeRozan was stunned by the deal. After re-signing with the Raptors in 2016 he said he wanted to be a Raptor for life.

Pascal Siakam added 22 points to help Toronto extend its winning streak to 7 straight with the win. Kyle Lowry and Danny Green each had 17, Serge Ibaka had 13 points and 15 rebounds, and Jeremy Lin had 11 points in just his second game with the Raptors.