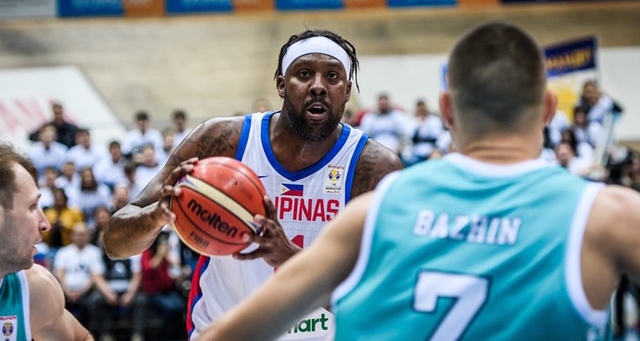 MANILA, Philippines (UPDATED) – Just like how the basketball gods drew it up.

Gilas Pilipinas punched its ticket to the 2019 FIBA World Cup in down-to-the-wire fashion as it toppled Kazakhstan, 93-75, in the final window of the Asian Qualifiers at the Saryarka Velodrome in Astana on Sunday, February 24.

The Philippines clinched the last World Cup berth as the best 4th placer after securing the win to improve to 7-5 in Group F, and at the same time, getting the other result it needed.

Lebanon lost to Korea, 72-84, to likewise finish at 4th place in Group E but with an inferior 6-6 record.

To reach the World Cup, the Philippines needed either Lebanon, Jordan or Japan to drop their final games and ironically, it received help from Asian rival and old tormentor Korea, which pulled off the come-from-behind win.

All The Philippines' islands are bouncing tonight after their national team qualified to the #FIBAWC!!! Congratulations! pic.twitter.com/fNXO0uFtrf

Andray Blatche was like a man possessed in desperation to lead the Philippines to the quadrennial showpiece for the second straight time as he delivered 41 points, 13 rebounds, 4 steals and 2 blocks.

The former NBA player drilled in all of his 5 triples in the maiden period to give the Philippines a slight edge before Jayson Castro and Co. provided timely contributions as the team pulled away in the second half.

Kazakhstan, despite failing to contain Blatche’s hot hands, even managed to take a 39-36 lead late in the 2nd quarter but the Philippines bounced back with a 9-1 spurt to end the first half with a 45-40 advantage.

The Philippines never reliquished its grasp of the upper hand since then and even stretched its margin to as large as 20 points, 93-73, off a Paul Lee triple with less than two minutes left.

Castro finished with 15 points, June Mar Fajardo chipped in 9 points and 7 rebounds while Marcio Lassiter chalked up 8 points, 3 rebounds and 3 assists for the Philippines.

Anthony Clemmons had 27 points, 9 assists, 4 rebounds and 4 steals but those were not enough as Kazakhstan, which was already eliminated from World Cup contention entering the game, failed to protect its homecourt.

A total of 32 countries will see action in the World Cup, which will be staged in 8 different cities in China from August 31 to September 15.