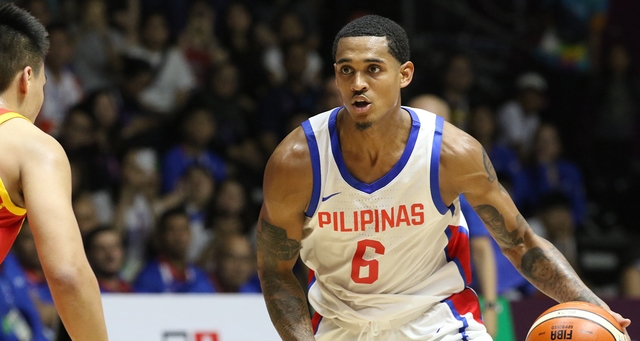 MANILA, Philippines – NBA star Jordan Clarkson is stoking Philippine fans’ clamor to allow him to play in this year’s World Cup as their team seeks to hurdle FIBA’s eligibility rules.

The Philippine Basketball Federation (SBP) is appealing to basketball’s world-governing body to recognize Clarkson as a Filipino citizen, allowing him to play for Gilas Pilipinas who won a World Cup berth last weekend.

The Filipino-American Cleveland Cavaliers guard on Tuesday, February 26, congratulated Gilas and expressed hope of joining the team again after carrying the flag for the Philippines at last year’s Asian Games.

“Such a honor for the country, qualifying for the world cup, so hyped!!! hope to see you guys in china!!!,” the 26-year-old said in an Instagram post sharing a photo of himself wearing the Philippines team jersey.

Basketball is a virtual religion in the Southeast Asian nation and enthusiastic fans were quick to comment on the post with their approval using the hashtag “#LetJordanPlay.” 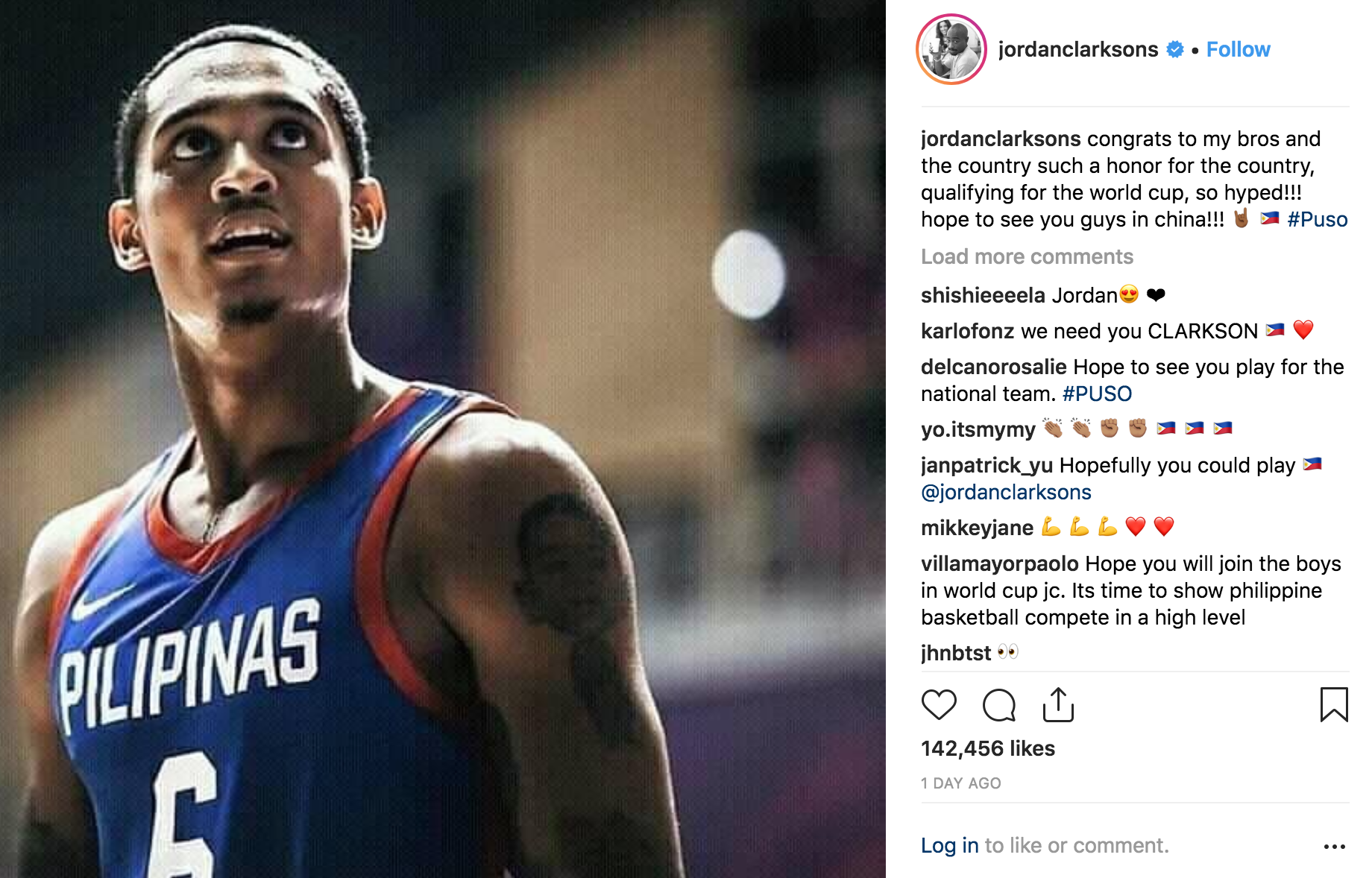 Unlike the Asian Games, the World Cup operates under FIBA rules which could classify Clarkson as a “naturalized” player. FIBA restricts each team to one naturalized player.

This means the Philippines would have to choose between Clarkson and ex-Brooklyn Nets center Andray Blatche, who acquired Filipino nationality by naturalization.

Philippine basketball boss Al Panlilio told AFP the federation wanted FIBA to recognize that Clarkson was a Filipino by blood under local laws, adding he obtained his Filipino passport after the age 16.

The Cavaliers, who currently have the third-worst record in the 2018-2019 season, are expected to miss this year’s playoffs.

“It’s perfect timing because the NBA is on break. Definitely Jordan will help us a lot,” Panlilio, president of the Samanhang Basketbol ng Pilipinas, told AFP.

Blatche, who led the Gilas victory over Kazakhstan in Astana on Sunday to secure World Cup qualification, hailed the possibility of teaming up with Clarkson at the August 31-September 15 tournament to be hosted by China. (READ: Stars align: Gilas Pilipinas advances to FIBA World Cup)

“If we can get him, that would be huge. If we were to have me and him together with the team we have now, we can definitely go and make some noise, make some wins,” Blatche told Sports5 television on Wednesday.

Sports fans and analysts have said a Clarkson-Blatche combination in the World Cup would be a “dream team” for Gilas, ranked 31st in the world.

They said they wanted to see Clarkson play ahead of the Philippines co-hosting the 2023 World Cup.

“He should be the face of that tournament. As early as now, FIBA should ease him into that role,” said Twitter user @RakiRockefeller. – Rappler.com