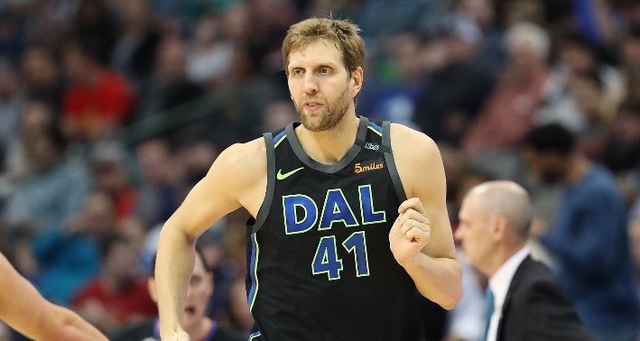 MANILA, Philippines – As the NBA season progresses, the all-time statistics lists are bound to be shaken up.

Here are some interesting numbers entering Week 20 of the 2018-19 season.

Longevity is one of the many things Dirk Nowitzki can boast.

Nowitzki joined an elite club with Kareem Abdul-Jabaar, Robert Parish and John Stockton as he became the fourth player in NBA history to see action in 1,500 games.

The 21-year Dallas Mavericks star can overtake Stockton (1,504) for 3rd place in all-time games played before the season ends. Parish and Abdul-Jabaar played in 1,611 and 1,560 games, respectively.

From one assist maestro to another.

Averaging 8.3 assists this season, the Houston Rockets guard – who has tallied 9,014 assists throughout his career – can eclipse Thomas’ record of 9,061 assists in nearly 6 games.

That is the number of points Vince Carter has to score to surpass Reggie Miller for 20th place in the all-time scoring list.

The Atlanta Hawks veteran has amassed 25,238 points while Miller had 25,279 throughout his Hall of Fame career.

Since he was nabbed as the first overall pick in the 2015 NBA Draft, Karl-Anthony Towns has started in all games for the Minnesota Timberwolves.

The 23-year-old big man now holds the longest starting streak for a player who has debuted since the 1970-71 season with 304 successive games. – Rappler.com