Feb 28, 2019 12:09 PM PHT
Rappler.com
Facebook Twitter Copy URL
Copied
'I'm overwhelmed right now. It has been a while since I had a moment like that,' says Dwyane Wade after playing hero for the Miami Heat 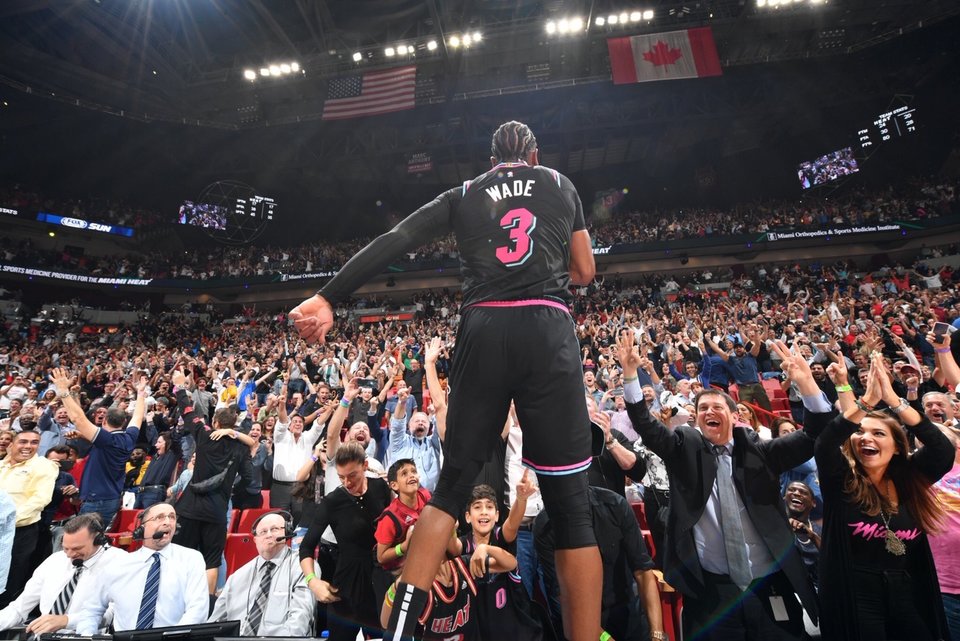 MANILA, Philippines – Dwyane Wade knocked in a three-pointer at the buzzer as the Miami Heat pulled off an improbable escape over the Golden State Warriors, 126-125, in the NBA on Wednesday, February 27 (Thursday, February 28, Manila time).

The Heat blew a 24-point advantage and the defending champion Warriors looked poised to seal the comeback win before Wade, who bobbled his first attempt before going up again, buried the game-winner.

Wade – who’s playing his final season before retiring – finished with 25 points, 7 rebounds and 3 assists as the Heat snapped a six-game home losing streak to climb to 27-33.

“The ball bobbled around and everything, but I just got it up,” said Wade. “I’m overwhelmed right now. It has been a while since I had a moment like that.”

“I’ve been in this position so many times and so many times you don’t make the shot,” Wade, a three-time NBA champion, said. “And the one I make is a one-legged flick from my chest. It’s crazy.”

Warriors coach Steve Kerr called it an “unbelievable shot” from the 37-year-old.

“I knew it was going in as soon as it left his hand,” Kerr said. “I guess it’s fitting. His last season, this kind of game – for him to finish it the way he did, incredible.”

Goran Dragic had 27 points off the bench to topscore for the Heat and  Josh Richardson also chipped in 21 points.

Klay Thompson paced the Warriors with 36 points and Kevin Durant shot 29 but missed a free throw with 14 seconds left that could have given them a three-point buffer.

The Warriors couldn’t replicate their February 10 escape over the Heat where they also rallied from 19 points down for a 120-118 escape.

"I needed that on my way out so thank you."@DwyaneWade discusses his incredible #TissotBuzzerBeater for the @MiamiHEAT home victory! #ThisIsYourTime #OneLastDance pic.twitter.com/S8sNdPly7N