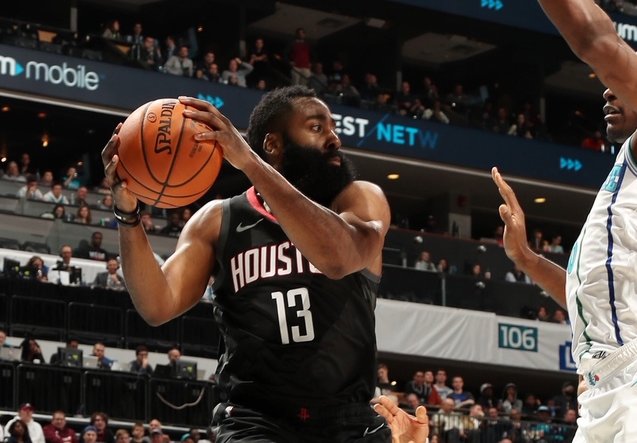 CHARLOTTE, USA – After ending his streak of scoring 30 points or more in 32 games, James Harden had it going again to lead the Houston Rockets to a 118-113 win against the Charlotte Hornets in the NBA on Wednesday night, February 27 (Thursday, February 28, Manila time).

Harden tallied 30 points, 7 assists and 3 rebounds in the Rockets’ third straight win since the All-Star break.

“I’m good. I’m getting back to, I wouldn’t say rhythm because I couldn’t make a shot, but it feels good to get back on the court,” said Harden after returning from neck injury.

“I’m trying to figure out how to run and move my neck at the same time. Just getting a feel for the game but I’ll be alright.”

“Those 11 days got him,” Rockets head coach Mike D’Antoni said of Harden’s downtime. “It takes him about 3 to 4 games to get back into the rhythm. He will be fine and that is the least of my worries about how he’s going to play. He’s going to be good.”

Aside from Harden, the Rockets had 4 other players scoring in double-digits. Clint Capela delivered underneath to finish with 23 points and 17 rebounds.

Chris Paul also had 17 points and 10 assists, while Gerald Green and PJ Tucker each tallied 15 points for the Rockets.

The game was tightly fought from the beginning with the Hornets going toe-to-toe with the Rockets’ three-point shooting early in the 1st quarter.

Miscues though from the second unit cost the home team to lose their advantage. The Hornets had to rely more on their starters in the 2nd quarter, with Kemba Walker exploding for 18 points in the 2nd canto alone and 27 points in the first half.

The Rockets tightened their defense on Walker and limited him to just 8 points in the 2nd half. In the 4th quarter, their offense pushed the pedal and launched an 18-4 run to keep the Hornets at bay in the end.

Hornets head coach James Borrego commended his team. “I think our guys battled, so I was really proud of them,” he said. “I think they executed the game plan to a tee. They competed defensively. We gave ourselves a chance.”

The Hornets got solid contributions from Nic Batum (17 points, 6 rebounds, 6 assists) and Jeremy Lamb (18 points, 14 rebounds and 6 assists), who came off the bench. – Rappler.com