Mar 2, 2019 10:17 AM PHT
Agence France-Presse
Facebook Twitter Copy URL
Copied
The Houston Rockets star becomes just the fourth player to rank in the all-time top 10 in both steals and assists 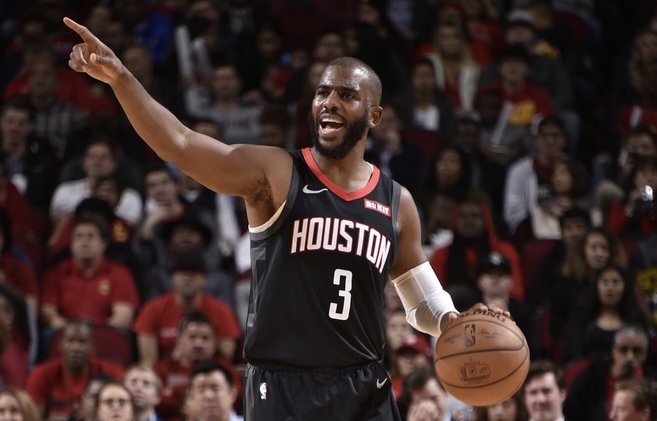 WASHINGTON, USA – Houston Rockets guard Chris Paul has become the fourth player to rank among the league’s all-time top 10 players in both steals and assists.

The 33-year-old playmaker joined the elite group, all point guards, with a steal in the 3rd quarter of Houston’s 121-118 victory Thursday over Miami, a game in which NBA scoring leader James Harden had 58 points and 10 rebounds.

Paul took advantage of a bad pass by Kelly Olynyk for his 2,086th career steal, which moved him alone into 10th place on the NBA career steals list, one ahead of former Utah Jazz star forward Karl Malone.

Already among the NBA’s all-time top 10 in assists, Paul joined Hall of Fame guards John Stockton, Jason Kidd and Gary Payton as the only NBA players in the top 10 in both categories.

Paul, averaging 2.0 steals a game this season and 2.2 steals for his 931-game career, has 20 games remaining this season to try for the 26 steals he needs to pass Alvin Robertson (2,112) for ninth on the all-time list.

At eighth on the all-time assists list with 9,028, Paul is on pace to jump to seventh on that list by the end of the season by overtaking Hall of Famer Isiah Thomas (9,061).

Former Utah star Stockton owns the NBA all-time steals record of 3,265 with Kidd second on 2,684. The pair are also first and second on the assists list. – Rappler.com