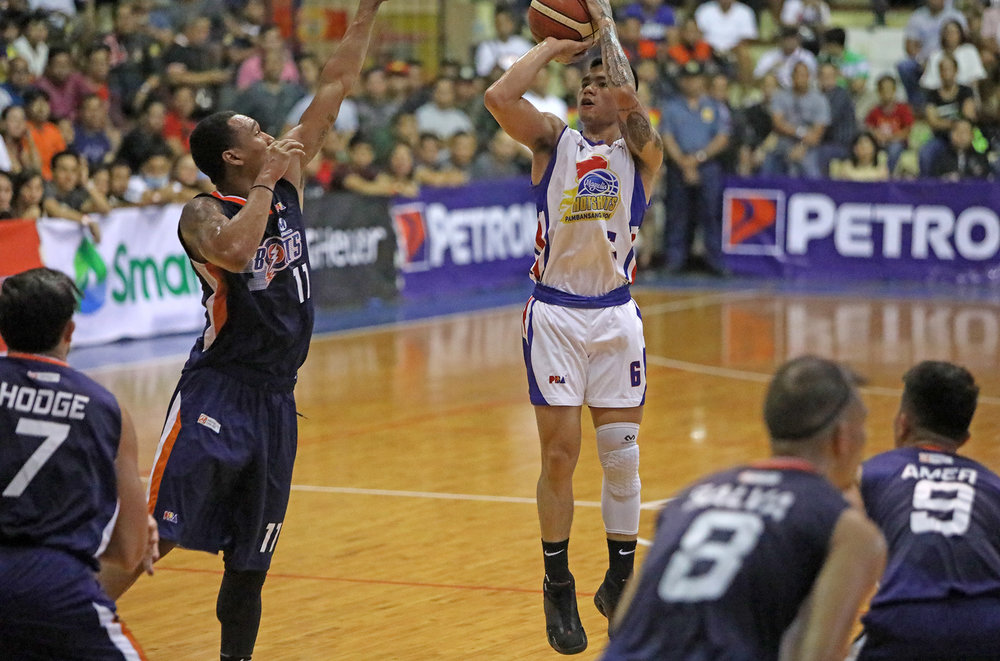 MANILA, Philippines – The Magnolia Hotshots finally broke through the win column in the 2019 PBA Philippine Cup after a hard-fought 92-86 win over the Meralco Bolts in Cagayan De Oro City on Saturday, March 2.

Despite the win, however, the Hotshots are still entrenched at the bottom of the standings while Meralco stays at 10th with a 2-5 slate.

Still, hometown hero Jio Jalalon gave the CDO fans something to cheer about after netting a team-high 19 points plus 9 rebounds and 4 assists.

Meralco was in control until midway through the 4th, where Baser Amer drove to the cup for the 82-78 lead. However, that advantage evaporated after a crucial 11-0 run by Magnolia, capped off with a deadly Jalalon triple at the four-minute mark for an 89-82 advantage.

The Bolts managed to bridge the gap to 3, 86-89, after a Nard Pinto pull-up, but Ian Sangalang cut the power to Meralco’s run after a dagger layup, 92-86.

Chris Newsome saw a 22-point, 7-board and 7-assist game go to waste in the loss. Amer churned out 18 markers and 7 rebounds while Cliff Hodge had 13 points and 5 rebounds.  – Rappler.com