Mar 3, 2019 1:22 PM PHT
Beatrice Go
Facebook Twitter Copy URL
Copied
Adamson tries to snap a winless run versus NU with a new coach at the helm, while Ateneo and UE aim to ride on their winning momentum 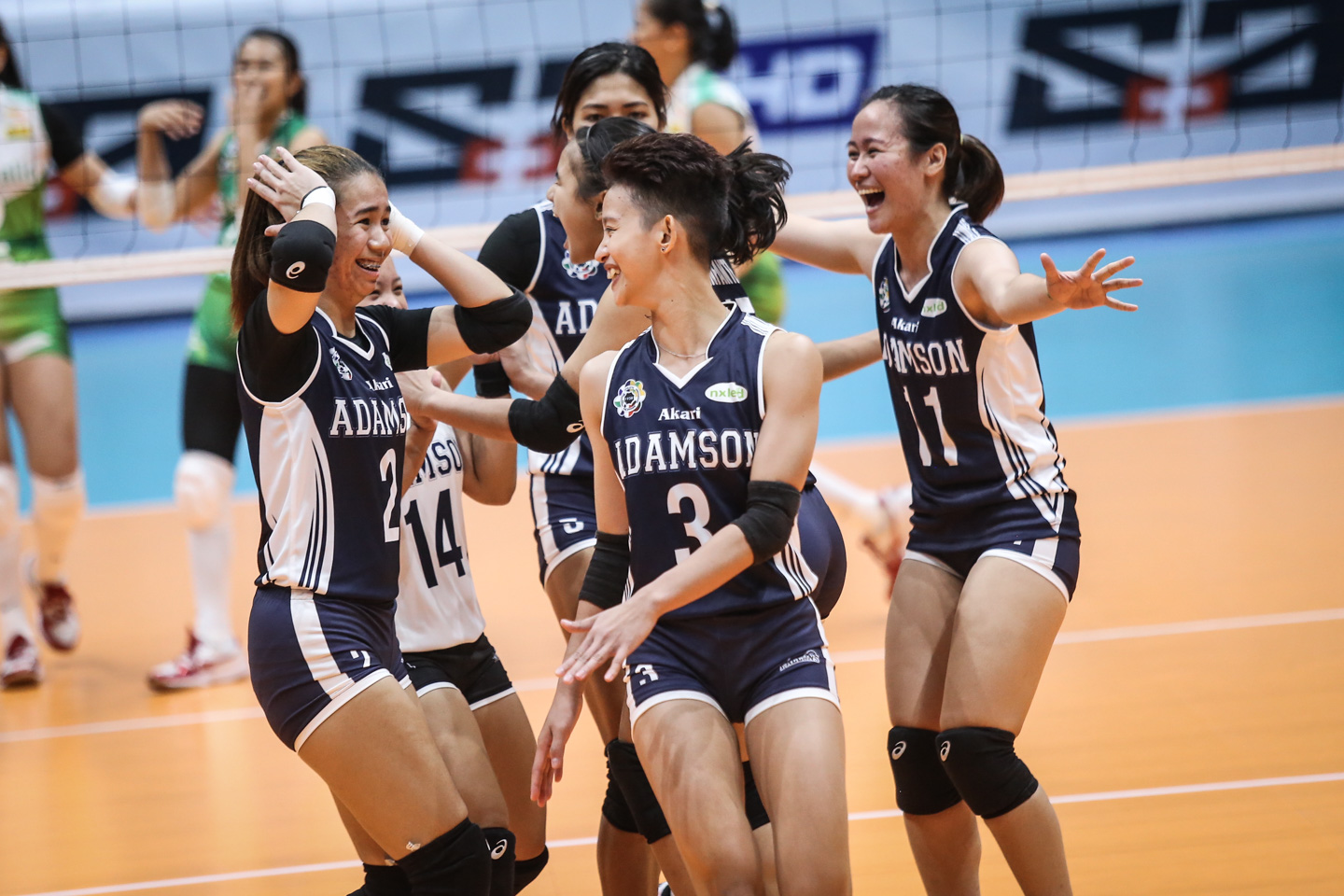 MANILA, Philippines – Pressure is high for cellar-dwelling Adamson to score its first win against a young, but talented National University (NU) team while Ateneo and University of East (UE) aim to sustain their winning momentum.

Adamson is the only winless team in the UAAP Season 81 women’s volleyball tournament, and it’s clear that it wants to snap out of the losing spell soon after a surprise coaching shakeup.

The early season coaching change, though, will be put to test against a gritty NU on Sunday, March 3, 4 pm at the Araneta Coliseum.

NU’s 10-woman team may be predominantly composed of rookies, but they managed to put up a fight against reigning champion La Salle, which recently swept Adamson in straight sets.

Princess Robles broke her slump to live up to her billing as one of this season’s prized rookie outside hitters. She ranks 9th in scoring (40 points), 4th in the service department (6 aces) and 3rd in receiving (43.84% efficiency).

Together with fellow freshman Ivy Lacsina, they form a solid pair to make up for the absence of their injured star setter Joyme Cagande.

While Getigan needs more time to develop the players and establish his system, Adamson can rely on its blocking led by veterans Eli Soyud and Joy Dacoron, who have made a combined total of 15 kill blocks this season.

At 2 pm, the Ateneo Lady Eagles and the UE Lady Warriors look to each sustain their winning momentum.

But Ateneo will definitely be tested by the Lady Warriors, who continue to flash their impressive floor defense thanks to leading libero Kath Arado.

UE ranks first in digging (19 digs per set) and receiving (43.31% efficiency) and 3rd in setting as Laizah Bendong dishes out 6.25 excellent sets per frame.

But Ateneo’s disciplined frontline will look to make up for their poor receptions through Maddie Madayag and Kat Tolentino. – Rappler.com