Mar 6, 2019 9:28 PM PHT
Delfin Dioquino
Facebook Twitter Copy URL
Copied
Rain or Shine's bid for a top 2 finish is put in jeopardy as it falls prey to Columbian for the fourth straight time 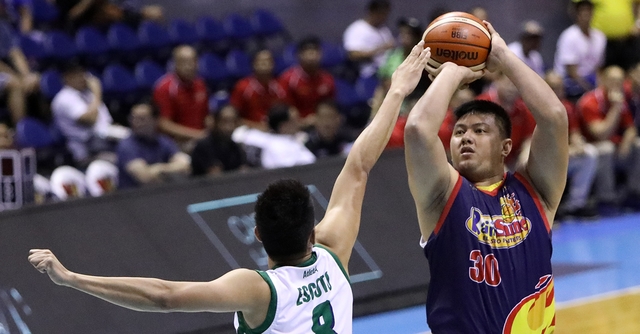 MANILA, Philippines – Rain or Shine kept falling into Columbian’s trap and Beau Belga is not pleased.

The Elasto Painters succumbed to the Dyip for the fourth straight time after absorbing an 82-85 loss in the 2019 PBA Philippine Cup on Wednesday, March 6.

Columbian was the only team Rain or Shine failed to beat last year and the dry spell continued this season.

(It’s frustrating knowing that it felt we didn’t learn from the past. I don’t know what to do. If you’ve seen our dugout earlier, everyone looked like they’re all angry.)

Rain or Shine has already secured a playoff berth behind a 7-3 record but the loss certainly did not help its cause of securing a top 2 finish, which guarantees a twice-to-beat incentive in the quarterfinals.

And for a team that claimed victories against powerhouse squads San Miguel, Magnolia and Ginebra, it is disappointing for Belga to lose games they are heavily favored to win.

(What our problem is we’re still not assured of a top 2 spot. If we won against Columbian, we would probably be in a good position for that.)

(Like I told them, we have an easier job now that we have beaten the stronger teams and our last 3 remaining games are in our hands. But just when we are in the end of the elimination round, that’s when we encounter problems.)

Rain or Shine has more than a week to prepare before it tangles with Meralco for its last elimination round game on March 15 at the Cuneta Astrodome.

“Back to the drawing board, balikan namin ‘yung mga laro kung saan kami naging successful and forget about this loss.”

(We should just go back to the drawing board, assess the games where we were successful and forget about this loss.) – Rappler.com