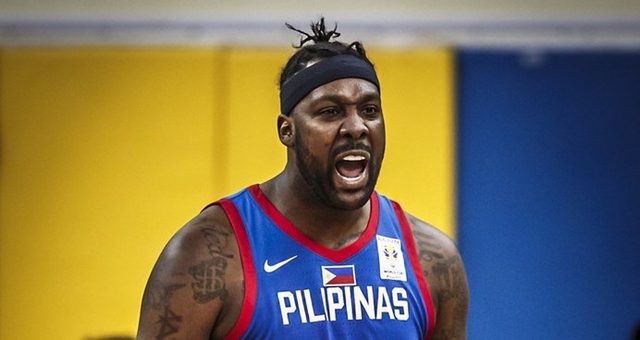 MANILA, Philippines – Although it’s obvious that Andray Blatche remains a vital presence in the paint for Gilas Pilipinas, coach Yeng Guiao said the naturalized player’s winning character will also be a key factor in their 2019 World Cup campaign this August.

“One thing I recognize and I respect about his character is his competitive spirit – he always wants to win, he doesn’t like losing,” Guiao said during an interview with Rappler.

“And his leadership rubs off  because he’s a natural leader, that rubs off to his teammates. And pag nakita mo ‘yung best player mo sa team is working hard, siyempre ikaw kailangan magtrabaho ka rin (If you see the best player in your team working hard, of course you’ll work hard too.)”

Blatche got called up in the sixth window and returned to the Philippines in his best shape in the final leg of the Asian qualifiers series – dropping a total of 58 points in two games.

“We need Blatche,” said Guiao, who left out the big man in the fifth window, which resulted to two Gilas losses at home.

Guiao was initially worried with how Blatche will work together with the new players in the lineup, but the former NBA player proved him wrong.

“The transition was seamless. There was no problem. It’s very difficult to get that chemistry in a very short time.”

As Gilas gears up for the World Cup, Guiao and the Samahang Basketbol ng Pilipinas (SBP) have been trying to find ways to have Blatche around longer instead of the usual one to two weeks. (READ: Gilas wants Andray Blatche for the long haul)

Having Blatche suit up as an import in the PBA had already been shot down due to the league’s height-limit rule for reinforcements next conference.

Blatche’s contract with the Chinese Basketball Association will end in April.

After everything he still doubts me

Guiao, though, reassured that all is well between him and Blatche as they set their past issues aside.

“We never discussed ‘yung bakit ko siya hindi kinuha noong past window. He never asked me: ‘Coach why did you not get me that time?’ And I never asked him na ‘Why were you in bad shape before that?’” shared Guiao.

(We never discussed why I didn’t get him in the past window. He never asked me: ‘Coach, why did you not get me that time?’ And I never asked him: ‘Why were you in bad shape before that?’) – Rappler.com