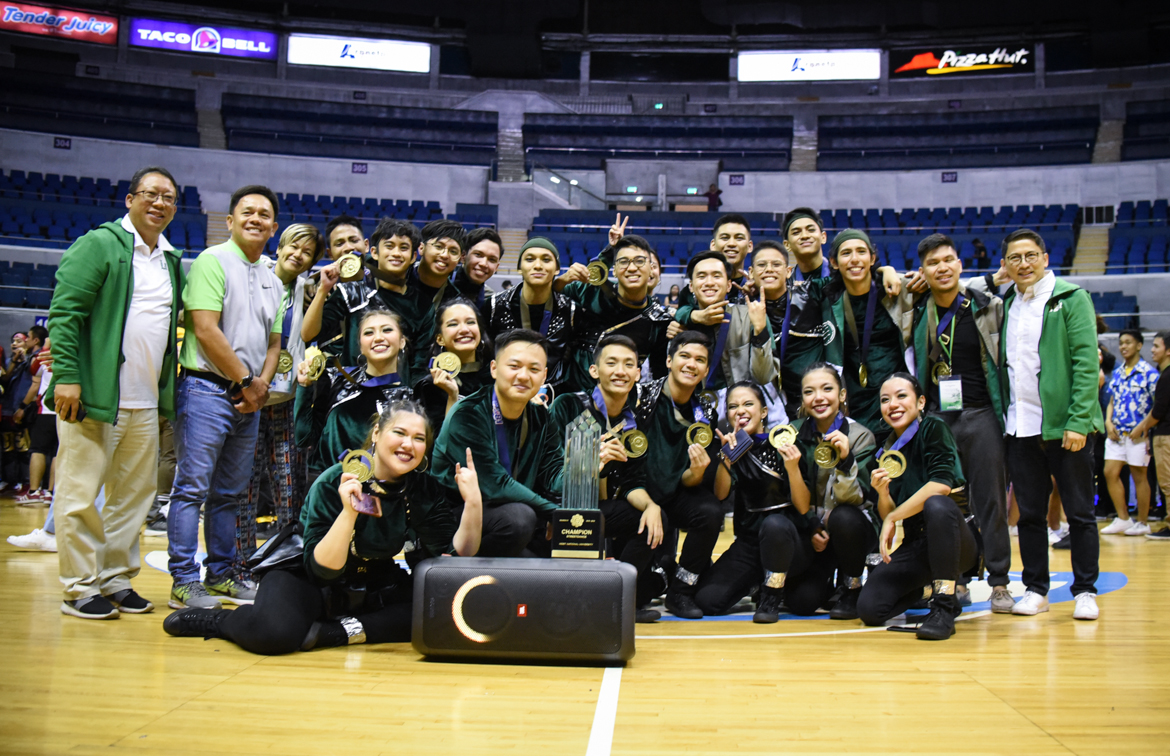 MANILA, Philippines – Strutting in a Queen-inspired routine, the La Salle Dance Company (LSDC) rocked its way to the top to reclaim the UAAP street dance championship on Saturday March 23, at the Smart Araneta Coliseum.

“For us, as seniors, we’re very motivated to take back the championship,” dance crew member Zion Wuxinyi said of LSDC, which got dethroned last year by the Far Eastern University (FEU) Street Alliance.

La Salle garnered a total of 86.50 points while FEU finished just 1.5 points behind to settle for a runner-up finish with an 85.00 mark.

The victory made La Salle the winningest crew in the competition as it bagged its fourth overall crown in the seniors division.

The National University (NU) Underdawgz  rounded out the podium finishers with 83.25 points, while the University of the Philippines (UP) Street Dance Club, last year’s 3rd placer, slipped to 4th with an 82.00 score.

In the juniors contest, the University of Santo Tomas (UST) Galvanize completed its back-to-back bid.

Aside from the street dance crown, La Salle’s Wuxinyi also won the first-ever freestyle showdown as he outdueled finalist Rodwyn Cruz of the University of the East Street Warriors and 6 other competitors.

But the four-time champs will have to set aside their well-deserved rest as they prepare for another competition next week and a dance concert in the following months.

“Next week we have another competition in Henry [Lee] Irwin Theater in Ateneo. And then we also have a dance concert in June. We’re preparing for that as well,” said Intal.

Meanwhile, UST Galvanize finished with an 80.10 rating, while runners-up University of the East (UE) Street Varsity Team (74.50) and FEU Baby Tamaraws Dance Company (74.45) had a tight battle for the 2nd spot.

UST coach Matthew Almodovar admitted that the crew felt the pressure as they only had 3 weeks to prepare for their back-to-back championship quest.

This year’s concept of the Galvanize routine was inspired by other UST performing groups.

(The concept came from my friend. Also, I was inspired by UST’s drum line, Yellow Jackets, and the Salinggawi Dance Troupe. I want to bring all the elements that represent UST.)

For now, the two-time juniors champions don’t want to think too far ahead as they plan to take a break.

(Dancing is fun, but our crew members also need to rest. It’s important. We’re not planning for next year yet, we just want to cherish the moment.)