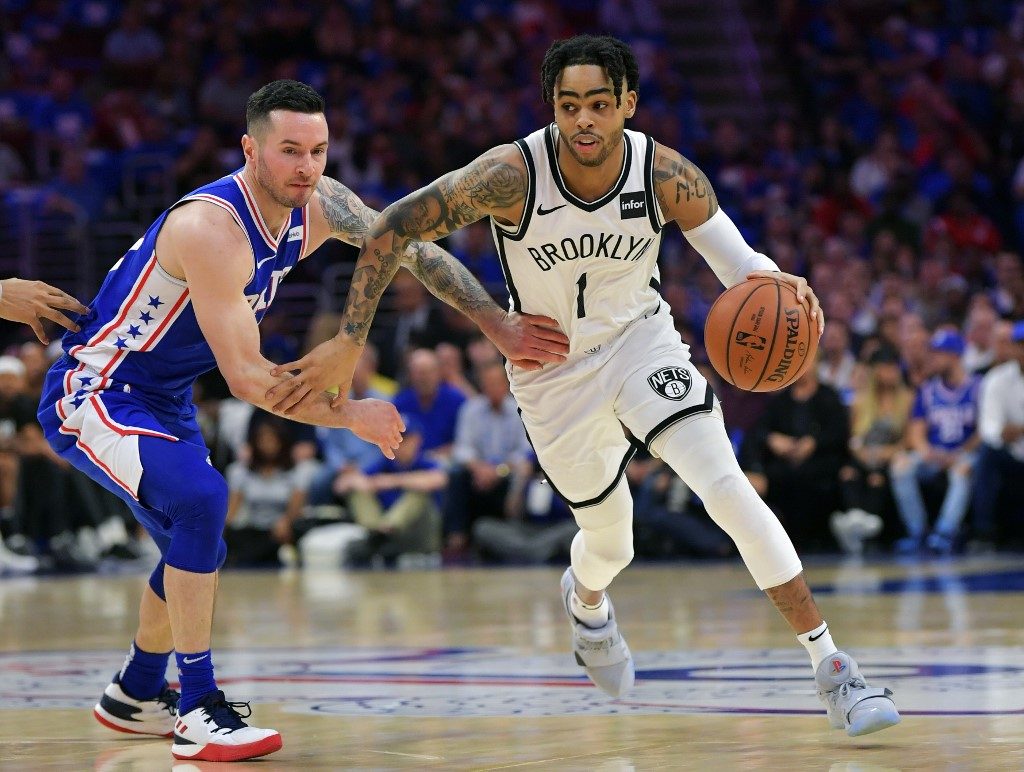 Facebook Twitter Copy URL
Copied
D'Angelo Russell knocks in 26 points as the No. 6 Nets stun the third-ranked Sixers on the road in Game 1

Russell also had 3 rebounds and 3 assists to hand the Nets a 1-0 lead in the best-of-seven series between the two Eastern Conference rivals.

The Nets were reliant on a big performance from their bench, with 3 players delivering double-digit displays to boost their offense.

#WeGoHard @Dloading (26 PTS) guides the No. 6 @BrooklynNets to the road win and a 1-0 series lead! #NBAPlayoffs pic.twitter.com/8yBedHfnFb

The Sixers meanwhile saw Jimmy Butler lead the scoring with a playoff career high 36 points in vain while ailing Joel Embiid had 22 points.

But it was a disappointing outing for Australian star Ben Simmons, who was restricted to just 9 points.

Embiid had been doubtful with left knee soreness and was cleared to play less than 10 minutes before the game. Embiid, who missed 14 of the team’s final 24 games, looked hampered by his injury.

Sixers fans showed their frustration by booing their players and Embiid says it plays on their minds.

“The fact is after every single miss,” he said. “Every missed shot, then you get booed. You get the next one and you think ‘Should I shoot it or not because I’m about to get booed?'”

Game 2 in the series takes place in Philadelphia on Monday. – Rappler.com