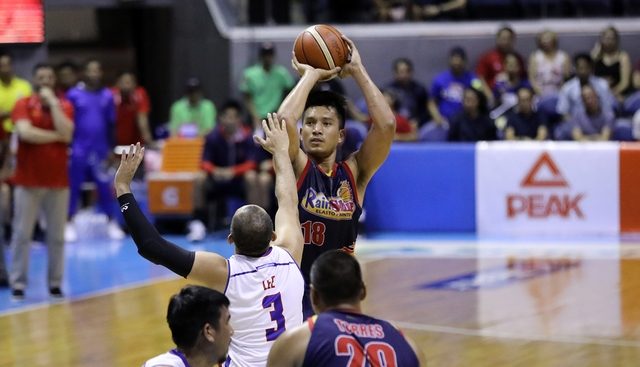 MANILA, Philippines – James Yap is not losing sleep over missing what could have been the game-tying triple in Rain or Shine’s sorry 91-94 loss to Magnolia in Game 4 of the 2019 PBA Philippine Cup semifinals on Monday, April 22.

The former two-time league MVP could have sent the game to an extra period but his three-pointer hit the back iron as time expired following a tough contest by Rome dela Rosa.

“Basta ang nasa isip ko ngayon, no regrets basta naitira ko nang maayos,” Yap told reporters after the game. (I have no regrets because I feel that I shot the ball well.)

A silver lining, though, for Yap is his heavily improved scoring after norming just 7.3 points in the first 3 games on a combined 8-of-33 shooting.

(I realized that I was overeager. It’s like every time that I have the ball, I always want to find a way immediately. I didn’t let the game come to me.)

(For this game, I was relaxed and I let the game come to me. So when I attacked, my shots were going in. I hope next game it stays that way.)

Although Magnolia won two straight to level the best-of-seven affair at 2-all, Yap and Rain or Shine have yet to push the panic button.

The series shifts to the crucial Game 5 on Wednesday, April 24, at the Cuneta Astrodome. – Rappler.com