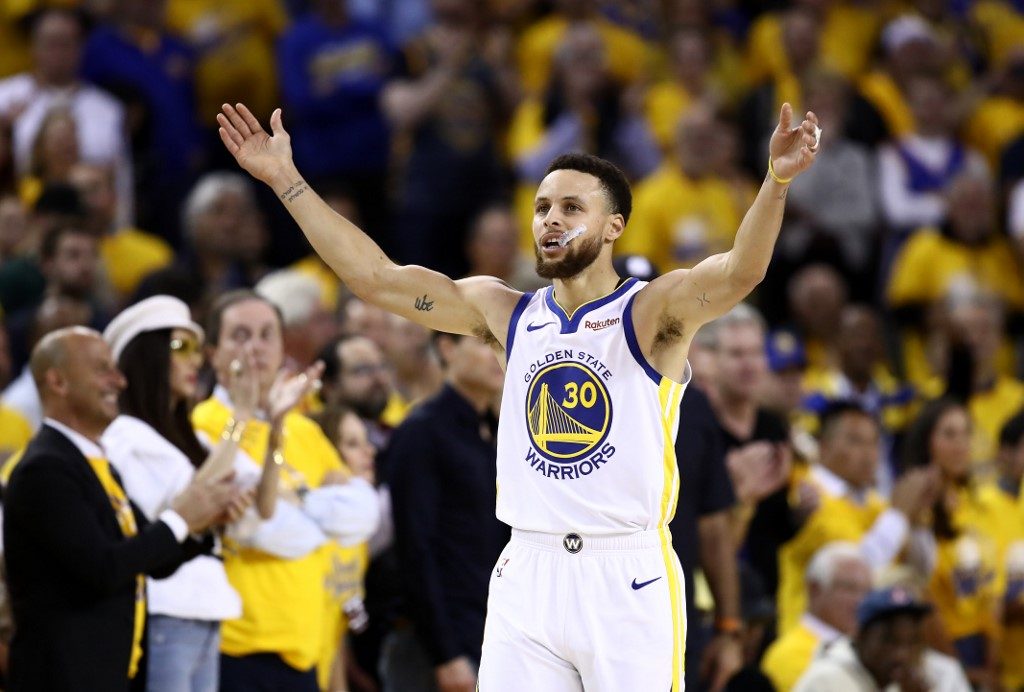 Facebook Twitter Copy URL
Copied
Even minus Kevin Durant late in the game, the defending champion Warriors take a pivotal 3-2 series lead over the Rockets

MANILA, Philippines – The Golden State Warriors survived even minus Kevin Durant to pull off a 104-99 escape over the Houston Rockets and move within a win of a return trip to the NBA Western Conference finals in Oakland on Wednesday, May 8 (Thursday, May 9, Manila time)

Although the Rockets threatened to steal the game, the Warriors managed to adjust right in time after losing Durant to injury late in the 3rd quarter in Game 5 of the best-of-seven semifinal series.

The reigning two-time Finals MVP did not return to the game after sustaining what was initially feared as an Achilles injury. But later reports said that Durant may have suffered a right calf strain.

“We had to play differently because he’s (Durant) such a huge part of what we do,” said Warriors coach Steve Kerr.

Steph Curry and Klay Thompson combined for 52 points as the Splash Brothers took over in the final quarter to help the Warriors secure a 3-2 series lead.

“Obviously we know each other well, we had a lot of battles,” Curry said of the thrilling series that has been decided by 6 points or less every game.

Andre Iguodala chipped in 11 points, Draymond Green also made huge plays before fouling out to finish with 8 points, 12 rebounds and 11 assists.

James Harden pumped in a game-high 31 points and dished out 8 assists but was virtually quiet in the final quarter.

Eric Gordon scored 19 and PJ Tucker also had a double-double of 13 points and 10 boards for the Rockets.

The defending champion Warriors will try to wrap it up in Game 6 on Friday in Houston in the series that had both teams winning at home. – Rappler.com