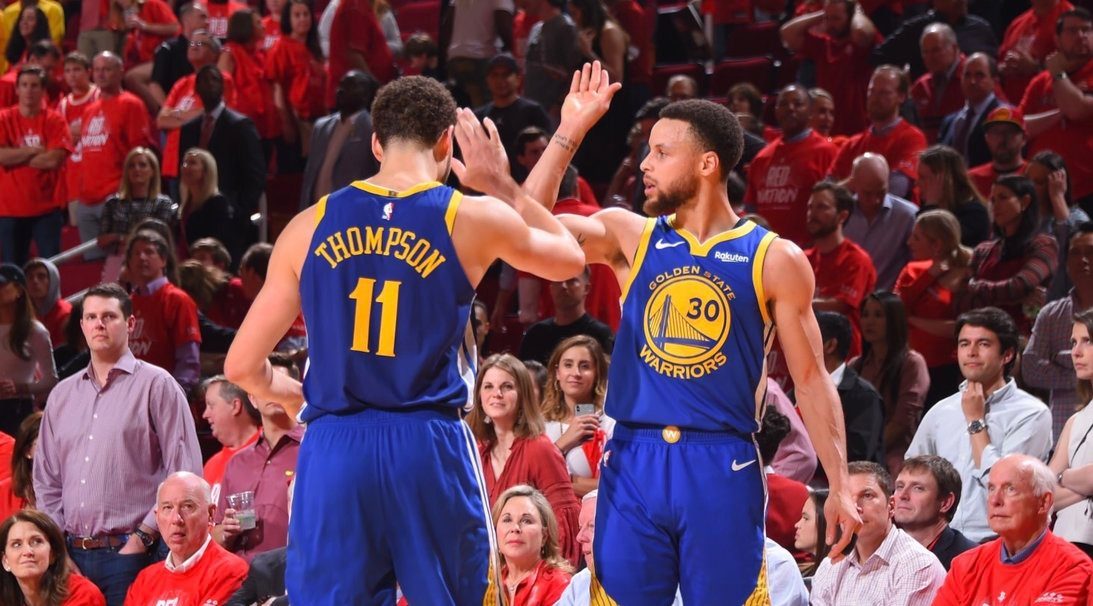 MANILA, Philippines (UPDATED) – The Golden State Warriors got the job done even minus Kevin Durant.

Klay Thompson kept the Warriors in the game early before Steph Curry took over in the final quarter as the defending champions eliminated the Houston Rockets, 118-113, to advance to the NBA Western Conference finals for the fifth straight season.

“That was an absolute grind,” said Warriors coach Steve Kerr.

Recovering from a scoreless first half, Curry unleashed all of his 33 points in the last two quarters, including clutch baskets in the final two minutes to lead the Warriors in the Game 6 road win on Friday, May 10 (Saturday, May 11, Manila time) that wrapped up the series at 4-2.

“He was a complete non-factor… then completely took over the game on a night where everything was going wrong. He found a way to turn it around,” Kerr said of Curry, who shot 23 in the 4th quarter.

The Warriors eliminated James Harden and the Rockets for the second straight season and for the fourth time in 5 years.

@StephenCurry30 goes off for 33 PTS in the 2nd half, leading the @warriors past Houston and into the Western Conference Finals! #StrengthInNumbers #NBAPlayoffs pic.twitter.com/1A26pJfLEk

Thompson kept the Warriors hanging around, firing 21 of his 27 points in the first half to help keep the game tied at 57 at the break even as the Rockets took the floor favored to force a Game 7.

The Warriors played minus Durant, who suffered a strained right calf in Game 5 and stayed in San Francisco for treatment before getting re-evaluated next week.

The Warriors will face the winner of the series between the Portland Trail Blazers and the Denver Nuggets, who will battle in Game 7 on Sunday.

From there, the Warriors pulled ahead with a 7-0 spurt capped by a Curry triple that put them on top, 102-97.

Curry then drained 13 of the Warriors’ last 16 points, including 8 straight free throws inside the final minute as the Rockets tried to buy time to turn the game around.