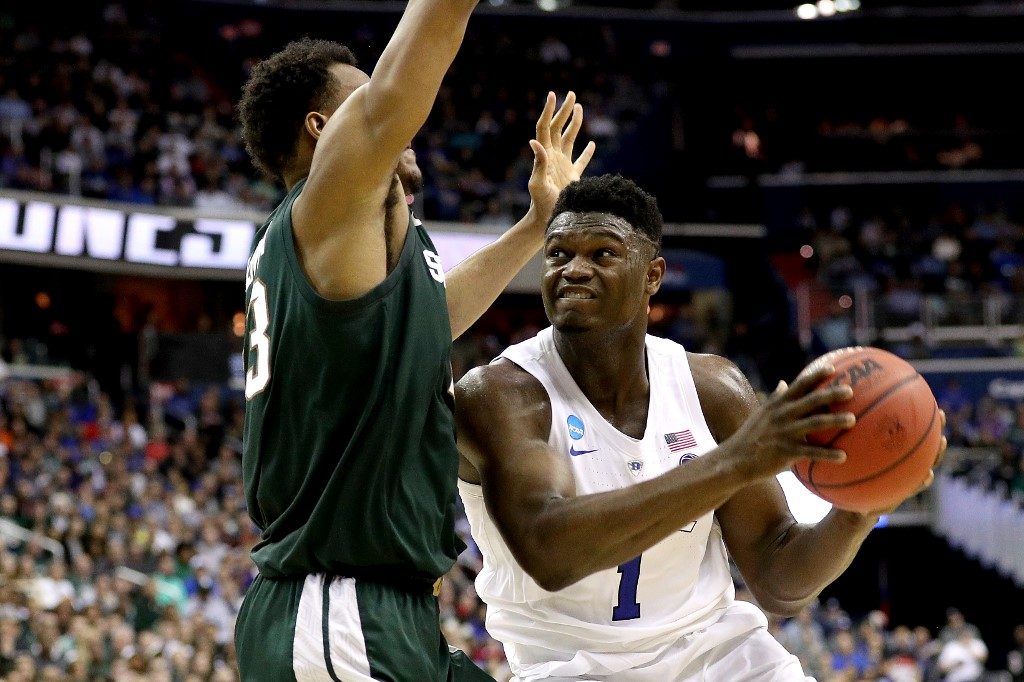 CHICAGO, USA – The New Orleans Pelicans won the NBA draft lottery on Tuesday, May 14 (Wednesday, May 15, Philippine time) and will have the chance to make collegiate superstar Zion Williamson the top pick on June 20.

The New York Knicks, Cleveland Cavaliers and Phoenix Suns each had a 14% chance of landing the No. 1 selection under a system that gives equal chance of winning the lottery to the teams with the 3 worst records in the league.

The Pelicans were a long shot, with only a 6 percent chance of winning the lottery.

But they came up No. 1, with the second pick in the June 20 draft going to the Memphis Grizzlies.

The New York Knicks gained the third selection and the Los Angeles Lakers will pick fourth.

Duke University star Williamson was an interested onlooker at the ceremony in Chicago, since he’s widely predicted to be taken first in the draft after a dazzling freshman season.

Williamson averaged 22.6 points and 8.9 rebounds per game for the Blue Devils, who were knocked out of the March Madness NCAA tournament in the Elite Eight round.

“It’s a lot to take in. I don’t know where I’m going to be,” he said, noting that until draft day comes it’s not certain the Pelicans will pick him.

Wherever he lands, Williamson said, he believes his “will to win” will be the biggest asset he can bring to the NBA.

“Whatever that team needs me to do, I’m going to be able to do it,” he said.

The outcome of the lottery immediately sparked speculation that a Pelicans team that adds Williamson could induce disgruntled star Anthony Davis to stay.

Davis was at the center of one of this season’s most acrimonious NBA soap operas after submitting a trade request in January with the Lakers believed to be his preferred destination.

The move stalled after negotiations between the clubs collapsed.

Davis has a year remaining on his Pelicans contract, and acknowledged last month that he could yet end up in New Orleans next season.

“Obviously it’s a possibility it could happen,” he said, and the addition of Williamson to the roster might make that prospect more inviting.

The Cleveland Cavaliers will pick fifth in the draft, Phoenix sixth, Chicago seventh and Atlanta eighth. Washington and Atlanta round out the top 10.