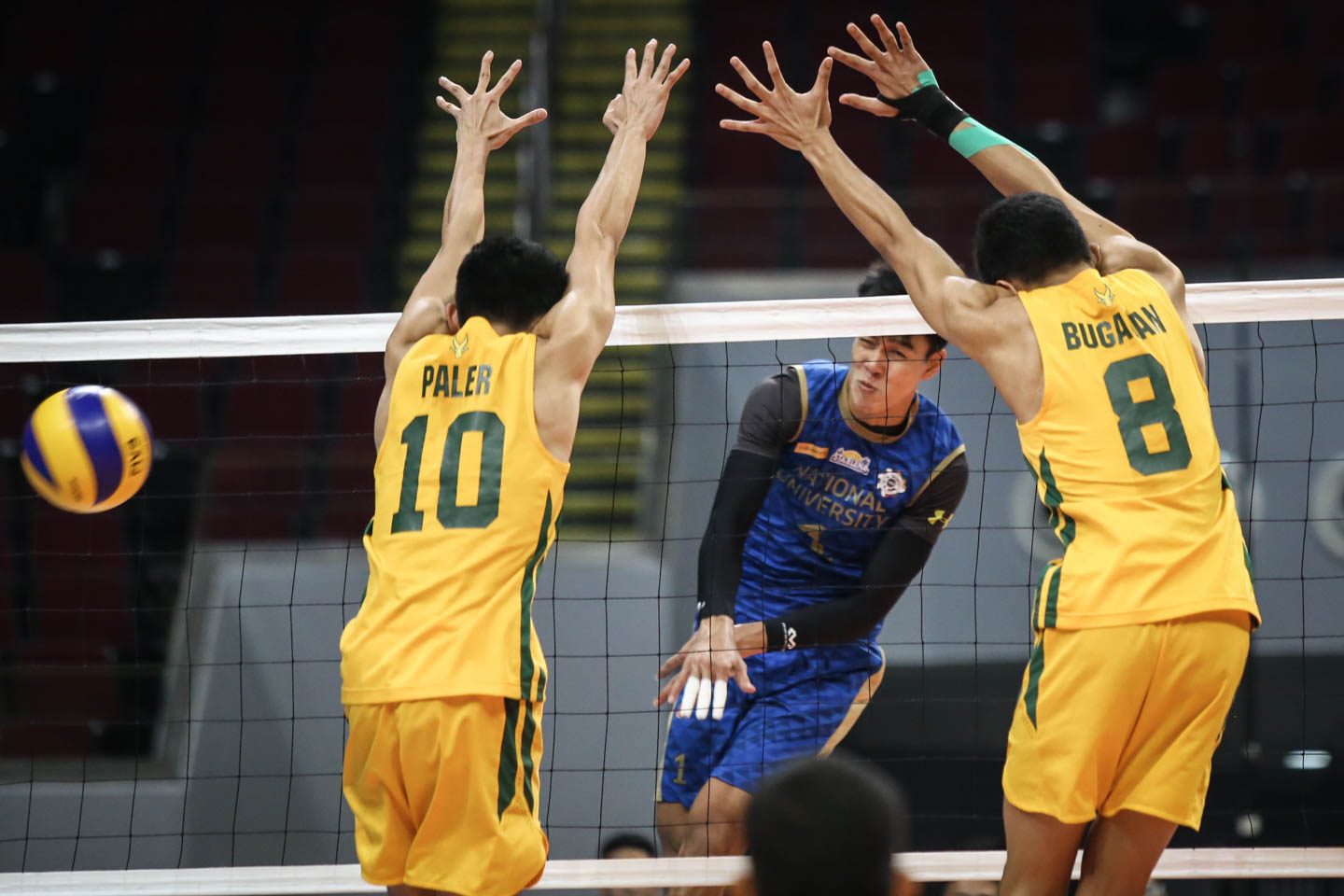 It was a neck-and-neck affair for the first 3 sets, with FEU taking the opening frame and NU taking the next two off the overpowering offense of season MVP Bryan Bagunas.

However, the Bulldogs finally opened some breathing room in the 4th set after a Bagunas kill that pushed the lead to 20-16. The Tamaraws would charge back within one, 19-20, but Bagunas was determined to crush their hopes for good.

In true MVP fashion, the graduating star pummelled home 3 straight points in a final 5-0 run to close the game in 4 frames, 25-19.

(I’m happy with our championship win. Our performance rose and rose when the finals came. I’m just so happy with what we’ve achieved this year.)

Bagunas ended his UAAP stint in the best way possible after tallying a career-high 35 points off 33 attacks. Not surprisingly, he was handed his second straight Finals MVP award for carrying the Bulldogs to one more title.

(I’m really happy because our exit as seniors is really historical. For 3 years, our seniors exited without a championship so we just thought that we won’t have that feeling for ourselves in our own exit.)

Richard Solis went down swinging for FEU with a team-best 18 points. Four other Tamaraws chipped in 11 markers apiece in the losing effort. – Rappler.com