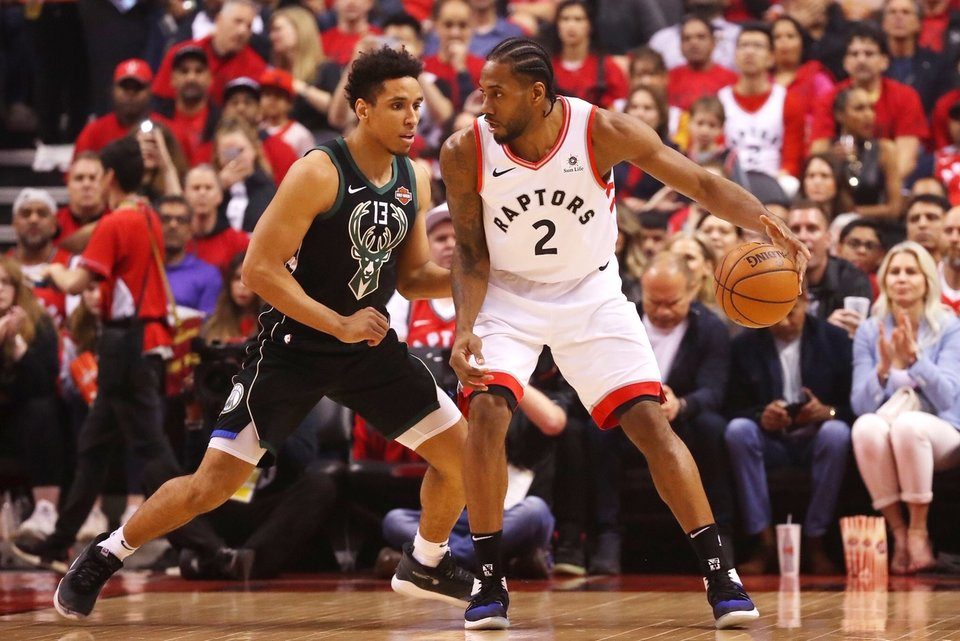 LOS ANGELES, USA (UPDATED) – The Toronto Raptors rose from 15 points down in the second half to eliminate the Milwaukee Bucks, 100-94, and book their first ever trip to the NBA Finals.

Kawhi Leonard again came out stellar, unloading 27 points, 17 rebounds and 7 assists as the Raptors dispatched Giannis Antetokounmpo and the top-seeded Bucks in Game 6 at Scotiabank Arena in Toronto on Saturday, May 25 (Sunday, May 26, Philippine time).

Pascal Siakam buried 18 points and Kyle Lowry also delivered 17 points, 5 boards and 8 assists as the Raptors wrapped up the series, 4-2, to rule the Eastern Conference for the first time in franchise history.

The victory has galvanized the Canadian city’s sports fans and touched off a wild celebration among the crowd of 19,800 in the arena and tens of thousands more in the downtown “Jurassic Park,” who watched the game on a giant screen.

“I just took it one possession at a time,” said Leonard, who fueled the Raptors’ huge comeback. “We kept fighting all game. The calls were not going our way, but we kept striving and striving.”

Leonard won the head to head battle against Antetokounmpo, even dunking over the mighty “Greek Freak” with 6 minutes left in the fourth to give Toronto a 87-79 lead.

Leonard also hit another dynamic three-pointer from his favorite corner spot on the floor with 3 minutes left to make it 95-90.

The Raptors, who recovered from a 0-2 series deficit, had the contest looking like a mirror image of Game 5, featuring a strong start by Milwaukee before Toronto came back in the 4th quarter to close it out with several clutch plays down the stretch.

A Norman Powell triple and a Serge Ibaka bucket later tied the contest at 78 at the 10:30 mark in the 4th period.

Even with Leonard taking a rest, the Raptors sustained the surge with Fred VanVleet again coming through off the bench.

VanVleet – who had been impressive in the series to help the Raptors close it out with 4 straight wins – drained 12 of his 14 points from beyond the arc.

“We thrive at it. We enjoy the moment,” Leonard said. “My teammates have my back. I was on the bench to start the 4th quarter and they came back. It was a collective effort.”

Brook Lopez, who tried to keep the Bucks in fighting form late in the game, finished with 18 points and 9 boards while Khris Middleton shot 12 of his 14 points from three-point range.

“The game plan was to double-team me and not allow me to get into a rhythm,” Antetokounmpo said. “We weren’t able to rebound the ball and get easy points in transition and that’s why we lost the lead.” – With a report from Agence France-Presse