Rhodes says no need to panic for San Miguel 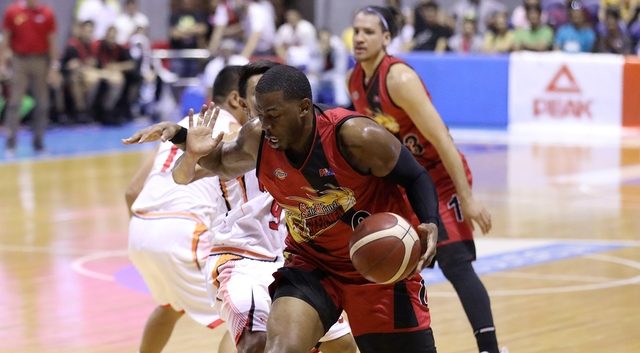 MANILA, Philippines – Charles Rhodes found no reason to panic even after San Miguel started its bid to reclaim the Commissioner’s Cup championship on a bitter note.

San Miguel barely looked like the team that captured a historic fifth straight Philippine Cup crown less than a month ago as it absorbed a backbreaking 88-121 loss to NorthPort on Wednesday, June 5.

The former Best Import – who finished with 27 points, 12 rebounds, 3 blocks, and 2 steals – called it “probably like my worst loss ever as a pro.”

“It was just very embarrassing just to see like there was no energy, everybody wasn’t playing hard,” said Rhodes, who helped the Beermen clinch the Commissioner’s Cup title in 2017.

“But we’re professionals, so I’m pretty sure we’re going to come out next game and play harder. I think this is just a slap in everybody’s face that we got to do better in practice and in the game and just be into it more.”

San Miguel kept it close after the maiden period before unraveling in the middle quarters and trailing by as much as 38 points.

Still, Rhodes is confident the Beermen will manage to take home the precious hardware as the conference concludes.

“There’s no need to panic. We’re going to be at the top at the end,” he said.

San Miguel takes on TNT at the Ynares Center in Antipolo City on Saturday, June 8. – Rappler.com