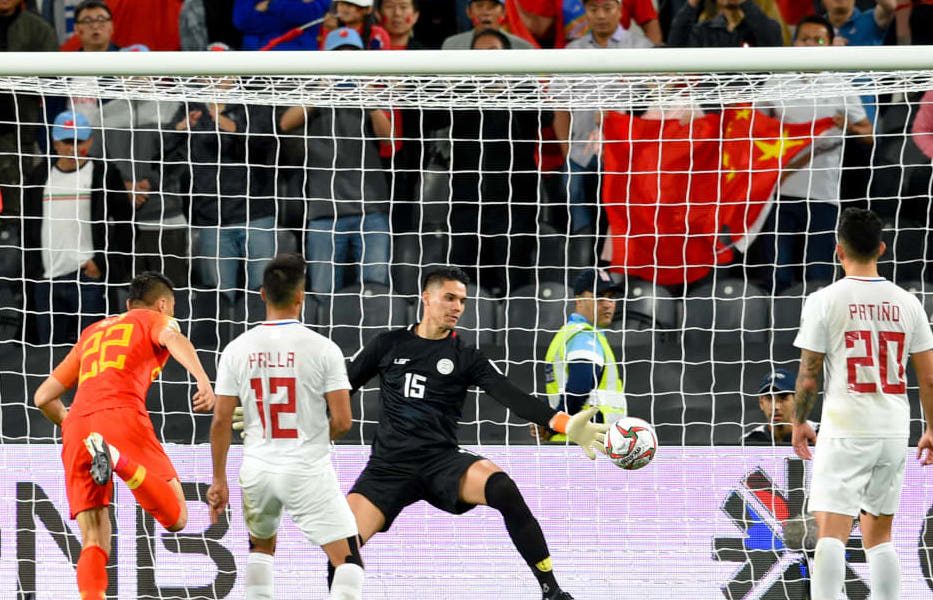 MANILA, Philippines – The Philippine Azkals fell to China once again, 0-2, in an international “A” friendly on Friday, June 7, at the at the Guangzhou Tianhe Stadium in China.

Wu Xi and Zhang XiZhe did damage to the Philippine men’s football team that impressed the raucous Chinese audience.

This is the Philippines’ second defeat to China this year after star forward Wu Lei scored a brace against the Azkals in the 2019 AFC Asian Cup group stage. (READ: New faces, no Younghusbands in Azkals China training camp)

China took control from the get-go as the Dragons had 3 attempts in the first 10 minutes of the game, which saw Azkals left back Daisuke Sato get booked with an early yellow in the 7th minute.

Wu Xi opened the floodgates in the 14th minute capitalizing on a scramble within the box to give China an early 1-0 lead.

Mike Ott had a chance to equalize in the 22nd minute, but his shot sailed over the bar.

The Dragons continued to test Azkals keeper Michael Falkesgaard in the second half. China was eventually gifted with a golden chance in the 54th minute as Falkesgaard went out of line which allowed Zhang to score at an open goal.

As Azkals continued to grind out their defense, Sato was booked with his second yellow and was sent off the pitch, bringing the Philippine team down to 10 men.

Even without the Fil-Japanese defender, the Azkals managed to keep the score at bay and midfielder Christian Rontini came in for Curt Dizon during added time that marked his senior team debut. – Rappler.com