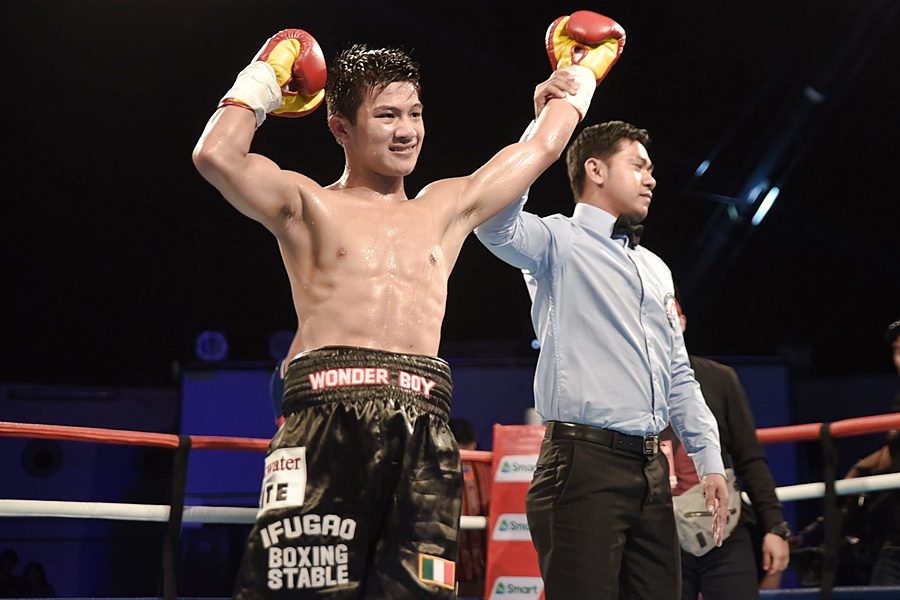 MANILA, Philippines – Prime prospects Carl Jammes Martin and Jayson Mama will try to further bolster their credentials when they tangle with Thais on Sunday, June 9, at TV5 Studio in Novaliches, Quezon City.

Both Martin and Mama are unbeaten in their first 12 fights, with the 20-year-old Martin perceived to be the heavier hitter having stopped his last 8 opponents en route to 11 knockouts.

Martin, who has sparred with International Boxing Federation super flyweight champion Jerwin Ancajas at Survival Camp in Magallanes, Cavite, has a nondescript foe in Wannawong, 9-8 with 7 KOs.

Mama, according to SanMan Promotions CEO JC Manangquil, needs to beat Songnui (49-6-1, 26 KOs) convincingly to prove his readiness to contend for the world title.

Apolinario (10-0, 6 KOs) is pitted against compatriot Adrian Lerasan (7-3) in another 10-round flyweight battle.

Petalcorin got stopped by Nicaraguan Felix Alvarado in the 7th round in their IBF light flyweight title duel at Midas Hotel last Oct. 29. – Rappler.com