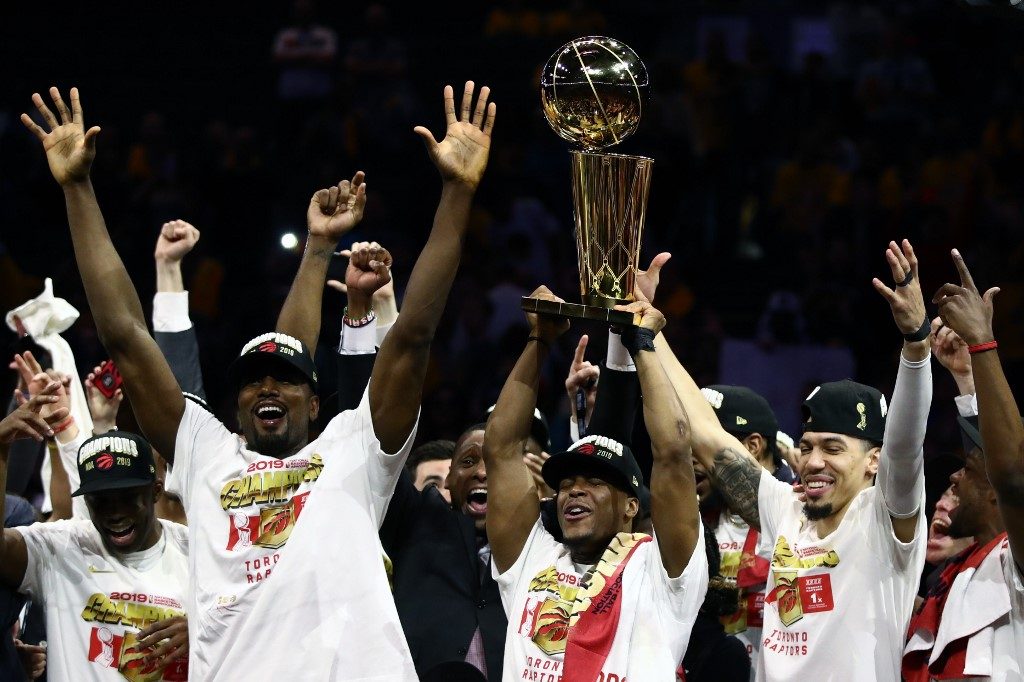 Facebook Twitter Copy URL
Copied
Canadian Prime Minister Justin Trudeau also joins the Raptors revelry, tweeting 'And that's how we do it in the North'

TORONTO, Canada – Thousands of fans stormed the streets of Toronto early Friday, June 14, in a rowdy celebration of their hometown team’s first ever NBA championship.

The Toronto Raptors clinched the win over Golden State Warriors 114-110 shortly before midnight local time, taking the best-of-seven series, 4-2, and becoming the first team outside the United States to win the world’s premier basketball competition.

Thousands of supporters dressed in the team’s red and black had gathered in pubs and bars across the city to watch the biggest game in Canadian basketball history.

At the final buzzer they poured out into downtown Toronto’s Yonge-Dundas Square chanting the team’s rallying cry “We the North.”

“I feel amazing. I’ve been waiting my whole life for that moment,” said Hussein Asoma, a 26-year-old decked out in a Raptors jersey celebrating amongst the throng of fans.

And that's how we do it in the North. #RaptorsIn6ix #WeTheNorth

Fireworks lit up the square as the crowd sang Queen’s triumphal anthem “We Are the Champions,” while others kissed, danced and shouted the team’s name.

“It means a lot to me to see my city happy. Just seeing everyone happy is amazing,” he added.

In recent days prominent landmarks had been decorated in the colors of the Raptors, including the Art Gallery of Ontario and the 3D illuminated Toronto sign in the city’s Nathan Phillips Square.

“And that’s how we do it in the North,” Prime Minister Justin Trudeau tweeted in the moments after the Raptors’ win.

Cities across the country from Vancouver to Montreal joined in the revelry as Canada celebrated a rare sporting triumph over its southern neighbors. – Rappler.com