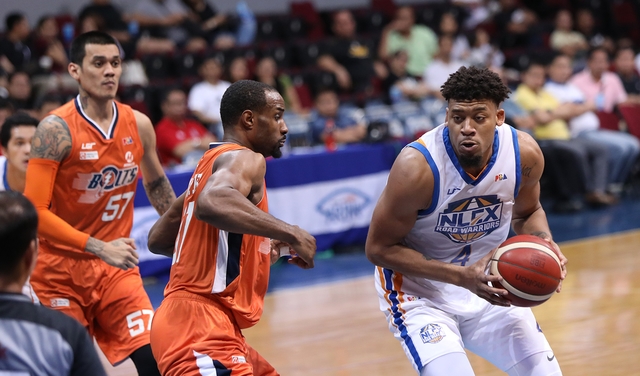 MANILA, Philippines – NLEX finally got over the hump after pulling off a 100-91 win over Meralco for its first victory in the 2019 PBA Commissioner’s Cup at the Mall of Asia Arena on Wednesday, June 19.

After dropping their first 6 games of the conference, the Road Warriors banked on import Tony Mitchell and Jericho Cruz to crack the winning column and keep their playoff bid running.

Mitchell delivered 32 points, 20 rebounds, and 4 assists, while Cruz chalked up 16 points and 6 assists in the triumph that saw NLEX lead by as many as 23 points.

The Bolts, though, fought through their huge deficit and slowly got themselves back in the game – narrowing the gap to 5 points, 90-95, with less than 3 minutes remaining off a KG Canaleta triple.

However, the Road Warriors kept their composure in the endgame with Mitchell converting a three-point play and Cruz securing the game-sealing free throws with 30 ticks left.

Making his presence felt in the win was Bong Galanza, who had 13 points and 4 assists, and Philip Paniamogan, who added 8 points and 5 assists.

Import Gani Lawal returned from injury for Meralco and submitted 15 points and 14 rebounds, but his comeback did not translate to a win as his side absorbed its third straight loss for a 3-4 card.

Chris Newsome and Nico Salva had 14 points apiece, Baser Amer put up 13 points, while Canaleta chimed in 10 points in the losing effort.