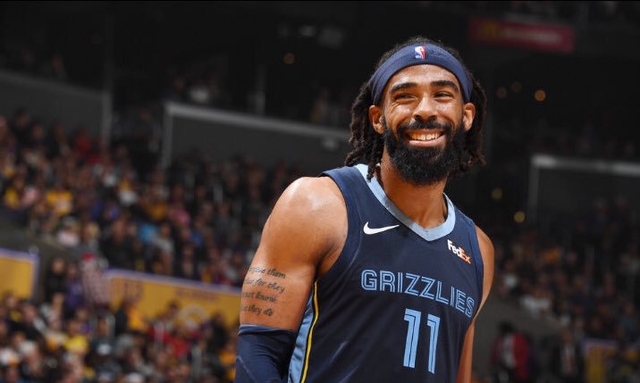 MANILA, Philippines – Mike Conley won’t be returning to the Memphis Grizzlies next NBA season after the team traded him to the Utah Jazz for 3 players and 2 draft picks.

Memphis will get Grayson Allen, Kyle Korver, Jae Crowder, the 23rd overall pick in the 2019 draft, and a future first round pick from Utah.

The Jazz will send a protected 2020 first-round pick to the Grizzlies, league sources tell ESPN. That pick will convey as a late-lottery pick in 2020 or 2021, or become a lightly-protected pick from 2022-'24. Deal complete on July 6. https://t.co/UY47lnIOWU

The trade ends Conley’s 12-year stint with the Grizzlies, who drafted him as the fourth overall pick in 2007.

Long considered as one of the most underrated guards in the league, Conley helped the Grizzlies reach the playoffs for 7 straight seasons from 2010 to 2017, going as far as the Western Conference finals.

Teaming up with Donovan Mitchell and Rudy Gobert, Conley is poised to provide a huge boost for the Jazz, who had early playoff exits in the last 3 seasons.

Meanwhile, the Grizzlies – who will pick second in the draft and expected to nab either point guards Ja Morant or RJ Barrett – receive a fiery player in Allen and experienced leaders in Crowder and Korver. – Rappler.com