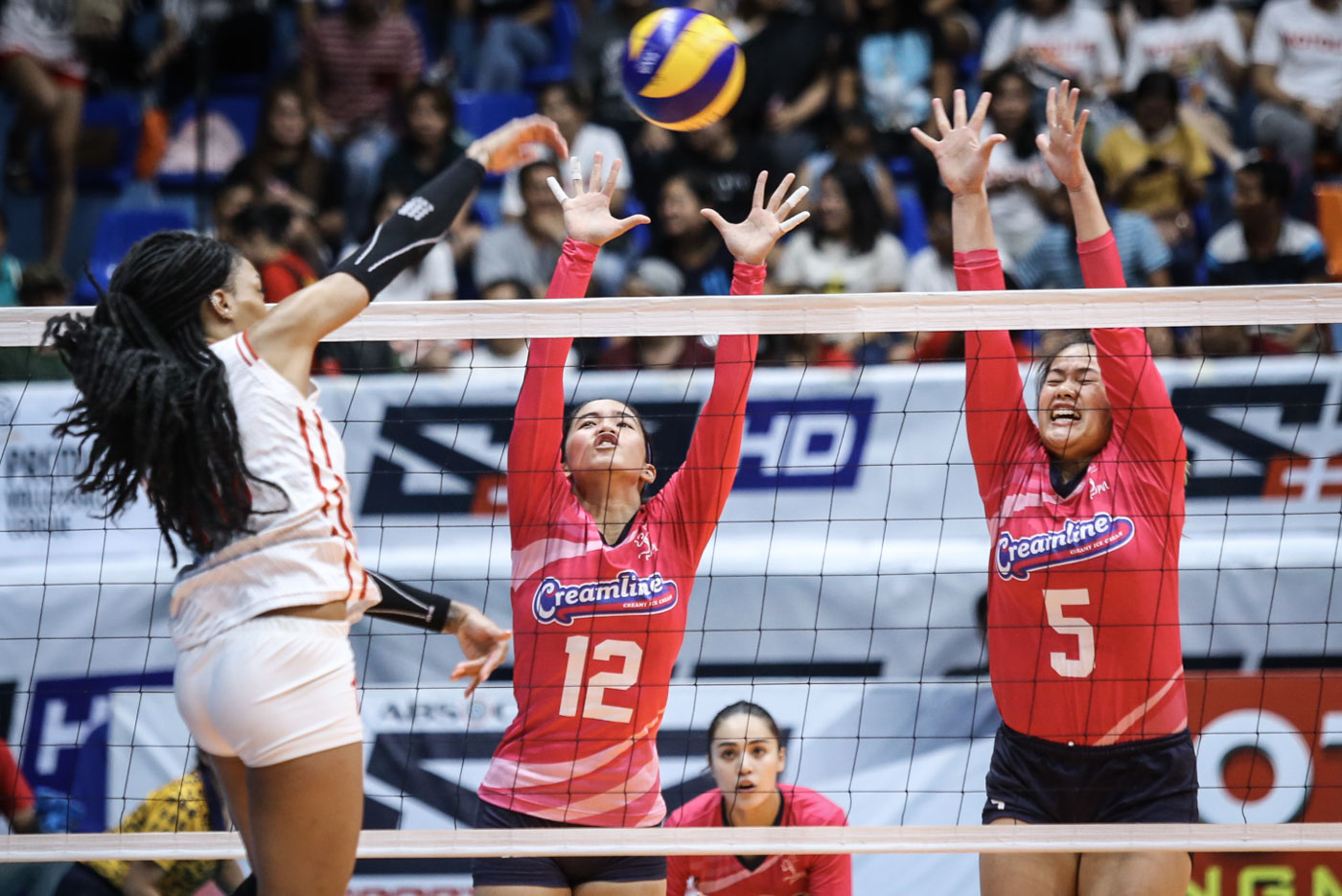 The thriller put both Creamline and PetroGazz on top the standings, sharing identical 7-1 records.

PetroGazz looked poised to stretch the game to 5 sets, but Creamline incredibly rose from a 21-24 set deficit sparked by an Ale Blanco block and capped by Alyssa Valdez’s match-clinching hit.

The Venezuelan Blanco had 5 blocks in a 12-point performance, veteran setter Jia Morado dished out 23 excellent sets and scored 8, as Michele Gumabao also chipped in 8 points for the Cool Smashers.

Motolite improved to 3-5 to stay in the Final Four race, while the winless Water Defenders bowed out of playoff contention with a 0-8 slate.

“We’re happy and relieved. It speaks of our team’s character and resilience,” said Thompson.