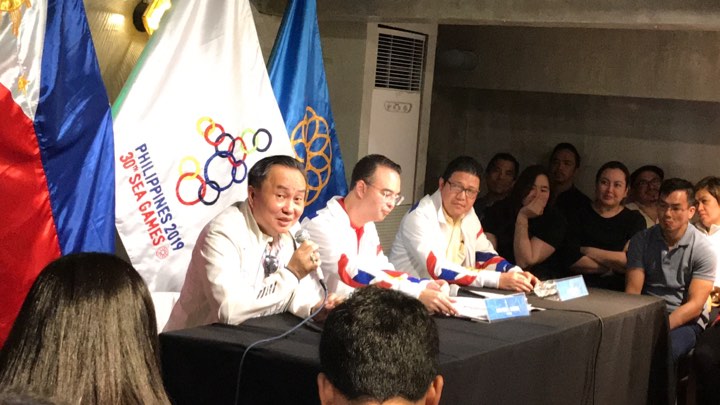 MANILA, Philippines – The Philippine Olympic Committee (POC) will elect its third president in one Olympic cycle on Friday, July 5, 11:30 am, at the Golden Bay Restaurant in Pasay City.

Frank Elizalde was appointed chairman of Commission on Elections (Comelec).

The position of POC president – which was vacated by Ricky Vargas last June 18 – and the positions held by the POC executives will be open for candidacy. (2019 SEA Games: After POC shakeup, what now?)

The POC executives voluntarily vacated their posts for the special elections in order to give the national Olympic committee a “fresh start.”

Tolentino called for a special election after noting that first vice president Joey Romasanta and second vice president Antonio Tamayo are not qualified to succeed Vargas based on the POC by-laws, which state that the president of a national Olympic committee must be a president of an Olympic sport-NSA.

Romasanta is the vice president of Larong Volleyball ng Pilipinas Inc, while Tamayo is president of soft tennis, which is not an Olympic sport.

However, Romasanta has already assumed the duties of the POC chief, including paying a courtesy call to Philippine Sports Commission (PSC) chairman Butch Ramirez.

Romasanta and the majority of the POC board aim to gain more control of the Philippine SEA Games Organizing Committee (PHISGOC) as the country hosts the 2019 Southeast Asian Games in 5 months. (TIMELINE: Will the POC feud affect PH’s SEA Games hosting?) – Rappler.com